This column is from The MagPi issue 53. You can download a PDF of the full issue for free, or subscribe to receive the print edition in your mailbox or the digital edition on your tablet. All proceeds from the print and digital editions help the Raspberry Pi Foundation achieve its charitable goals.

Let’s Robot streams twice a week, Tuesdays and Thursdays, and allows the general public to control a team of robots within an interactive set, often consisting of mazes, clues, challenges, and even the occasional foe. Users work together via the Twitch.tv platform, sending instructions to the robots in order to navigate their terrain and complete the set objectives. 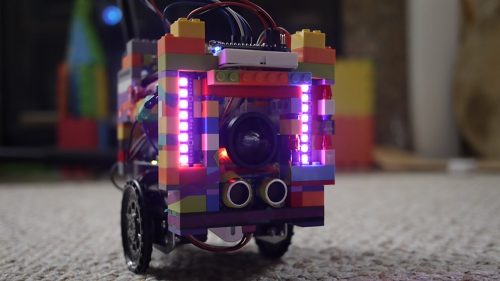 Let’s Robot aims to change the way we interact with television, putting the viewer in the driving seat.

Aylobot, the first robot of the project, boasts a LEGO body, while Ninabot, the somewhat 2.0 upgrade of the two, has a gripper, allowing more interaction from users. Both robots have their own cameras that stream to Twitch, so that those in control can see what they’re up to on a more personal level; several new additions have joined the robot team since then, each with their own unique skill. 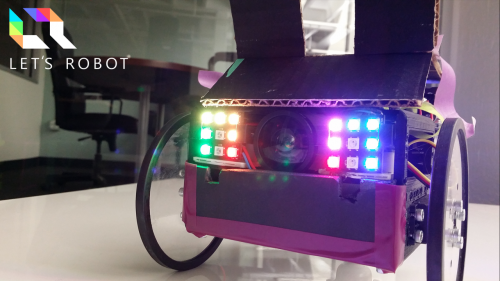 Twice a week, the robots are controlled by the viewers, allowing them the chance to complete tasks such as force-feeding the intern, attempting to write party invitations, and battling in boss fights.

Let’s Robot is the brainchild of Jillian Ogle, who originally set out to make “the world’s first interactive live show using telepresence robots collaboratively controlled by the audience”. However, Jill discovered quite quickly that the robots needed to complete the project simply didn’t exist to the standard required… and so Let’s Robot was born.

After researching various components for the task, Jill decided upon the Raspberry Pi, and it’s this small SBC that now exists within the bodies of Aylobot, Ninabot, and the rest of the Let’s Robot family. 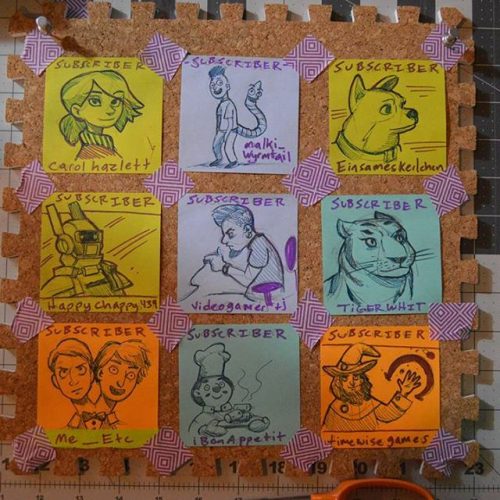 “Post-Its I drew for our #LetsRobot subscribers. We put these in the physical sets made for the robots. I still have a lot more to draw…”

In her previous life, Jill worked in art and game design, including a role as art director for Playdom, a subsidiary of Disney Interactive; she moved on to found Aylo Games in 2013 and Let’s Robot in 2015. The hardware side of the builds has been something of a recently discovered skill, with Jill admitting, “Anything I know about hardware I’ve picked up in the last two years while developing this project.”

73 Likes, 3 Comments – Jillian Ogle (@letsjill) on Instagram: “This was my first ever drone flight, live on #twitch. I think it went well. #letsrobot #robot…”

More recently, as Let’s Robot continues to grow, Jill can be found sharing the antics of the robots across social media, documenting their quests – such as the hilarious attempt to create party invites and the more recent Hillarybot vs Trumpbot balloon head battle, where robots with extendable pin-mounted arms fight to pop each other’s head.

Alongside the robots, Jill has created several other projects that both add to the interactive experience of Let’s Robot and comment on other elements of social trends out in the world. Most notably, there is the Pokémon Go Robot, originally a robot arm that would simulate the throw of an on-screen Poké Ball. It later grew wheels and took to the outside world, hunting down its pocket monster prey. 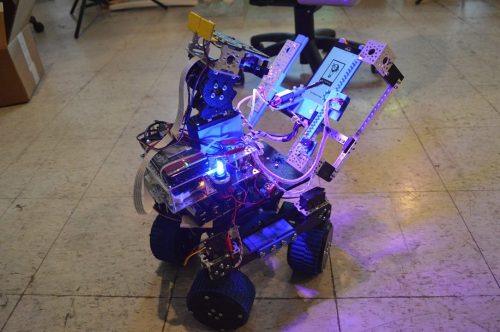 Originally sitting on a desk, the Pokémon Go Robot earned itself a new upgrade, gaining the body of a rover to allow it to handle the terrain of the outside world. Paired with the Livestream Goggles, viewers can join in the fun.

It’s also worth noting other builds, such as the WiFi Livestream Goggles that Jill can be seen sporting across several social media posts. The goggles, with a Pi camera fitted between the wearer’s eyes, allow viewers to witness Jill’s work from her perspective. It’s a great build, especially given how open the Let’s Robot team are about their continued work and progression. 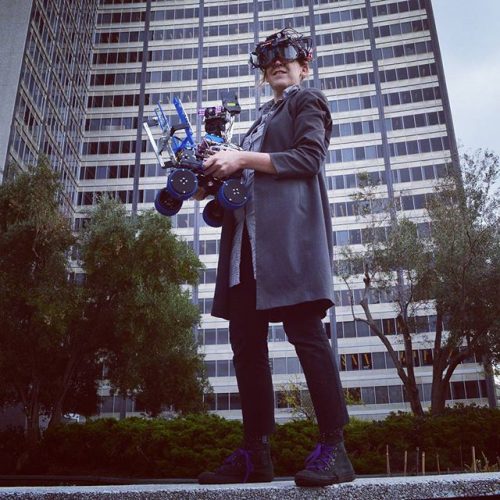 The WiFi-enabled helmet allows viewers the ability to see what Jill sees, offering a new perspective alongside the Let’s Robot bots. The Raspberry Pi camera fits perfectly between the eyes, bringing a true eye level to the viewer. She also created internet-controlled LED eyebrows… see the video!

And finally, one project we are eager to see completed is the ‘in production’ Pi-powered transparent HUD. By incorporating refractive acrylic, Jill aims to create a see-through display that allows her to read user comments via the Twitch live-stream chat, without having to turn her eyes to a separate monitor

Since the publication of this article in The MagPi magazine, Jill and the Let’s Robot team have continued to grow their project. There are some interesting and exciting developments ahead – we’ll cover their progress in a future blog.