Invented in ancient India, candy is a scrumptious treat often made of sugar and/or chocolate. 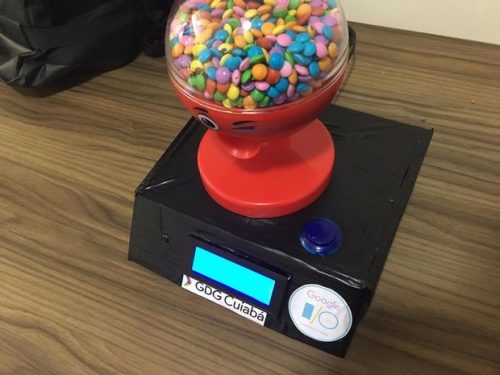 Via its 20×4 display, Alvaro’s candy dispenser asks for an image, for example of a cat or a dog. Produce the requested image in front of the onboard Camera Module and the dispenser releases a delicious reward for you. 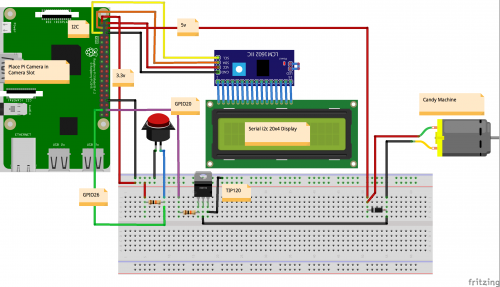 The dispenser uses a Raspberry Pi to control both the image detection and the candy release. Press the button, and the Raspberry Pi displays one of several image subjects on the screen. Via the camera, the Pi records the image you present and sends for processing via Google’s Cloud Vision API. Cloud Vision supplies image annotations and metadata, and if these match the image request, boom, free candy!

Alvaro provides full instructions for the build, including all necessary code and peripherals, on both Instructables and GitHub.

Given that Android Things has not been available for very long, we have yet to see many complete builds using it with the Raspberry Pi. If you’d like to try out this OS, Alvaro’s project is a great entry point. You should also check out the Pimoroni Rainbow HAT Android Things Starter Kit that provides everything you need to begin making. And if you have a Pi and are raring to go, follow the official ‘Android Things on Raspberry Pi’ setup guide here.

If you’ve already built a project using the Android Things platform, we’d love to see it! Make sure to share your project link in the comments below.