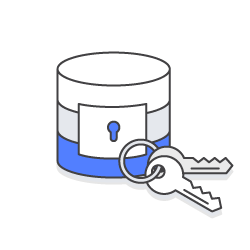 The AWS Encryption CLI is built on the AWS Encryption SDK for Python and is fully interoperable with all language-specific implementations of the AWS Encryption SDK. It is supported on Linux, macOS, and Windows platforms. You can encrypt and decrypt your data in a shell on Linux and macOS, in a Command Prompt window (cmd.exe) on Windows, or in a PowerShell console on any system.

Let’s use the AWS Encryption CLI to encrypt a file called secret.txt in your current directory. I will write the file of encrypted output to the same directory. This secret.txt file contains a Hello World string, but it might contain data that is critical to your business.

I’m using a Linux shell, but you can run similar commands in a macOS shell, a Command Prompt window, or a PowerShell console.

If you use an AWS KMS CMK as your master key, you need to install and configure the AWS Command Line Interface (AWS CLI) so that the credentials you use to authenticate to AWS KMS are available to the AWS Encryption CLI. Those credentials must give you permission to call the AWS KMS GenerateDataKey and Decrypt APIs on the CMK.

The first line of this example saves an AWS KMS CMK ID in the $keyID variable. The second line encrypts the data in the secret.txt file. (The backslash, “\”, is the line continuation character in Linux shells.)

To run the following command, substitute a valid CMK identifier for the placeholder value in the command.

The --metadata-output parameter tells the AWS Encryption CLI where to write the metadata for the encrypt command. The metadata includes the full paths to the input and output files, the encryption context, the algorithm suite, and other valuable information that you can use to review the operation and verify that it meets your security standards.

The --input (-i) and --output (-o) parameters are required in every AWS Encryption CLI command. In this example, the input file is the secret.txt file. The output location is the current directory, which is represented by a dot (“.”).

When the --encrypt command is successful, it creates a new file that contains the encrypted data, but it does not return any output. To see the results of the command, use a directory listing command, such as ls or dir. Running an ls command in this example shows that the AWS Encryption CLI generated the secret.txt.encrypted file.

By default, the output file that the --encrypt command creates has the same name as the input file, plus a .encrypted suffix. You can use the --suffix parameter to specify a custom suffix.

You can manage an encrypted file in any way that you choose, including copying it to an Amazon S3 bucket or archiving it for later use.

The following command decrypts the contents of the secret.txt.encrypted file.

When it is successful, the decrypt command generates the file of decrypted (plaintext) data, but it does not return any output. To see the results of the decryption command, use a command that gets the content of the file, such as cat or Get-Content.