As we head into 2018 and start looking forward to longer days in the Northern hemisphere, I thought I’d take a look back at last year’s weather using data from Raspberry Pi Oracle Weather Stations. One of the great things about the kit is that as well as uploading all its readings to the shared online Oracle database, it stores them locally on the Pi in a MySQL or MariaDB database. This means you can use the power of SQL queries coupled with Python code to do automatic data analysis.

My Weather Station has only been installed since May, so I didn’t have a full 52 weeks of my own data to investigate. Still, my station recorded more than 70000 measurements. Living in England, the first thing I wanted to know was: which was the wettest month? Unsurprisingly, both in terms of average daily rainfall and total rainfall, the start of the summer period — exactly when I went on a staycation — was the soggiest:

What about the global Weather Station community?

Here things get slightly trickier. Although we have a shiny Oracle database full of all participating schools’ sensor readings, some of the data needs careful interpretation. Many kits are used as part of the school curriculum and do not always record genuine outdoor conditions. Nevertheless, it appears that Adalbert Stifter Gymnasium in Bavaria, Germany, had an even wetter 2017 than my home did:

Where the wind blows

The records Robert-Dannemann Schule in Westerstede, Germany, is a good example of data which was most likely collected while testing and investigating the weather station sensors, rather than in genuine external conditions. Unless this school’s Weather Station was transported to a planet which suffers from extreme hurricanes, it wasn’t actually subjected to wind speeds above 1000km/h in November. Dismissing these and all similarly suspect records, I decided to award the ‘Windiest location of the year’ prize to CEIP Noalla-Telleiro, Spain.

This school is right on the coast, and is subject to some strong and squally weather systems. 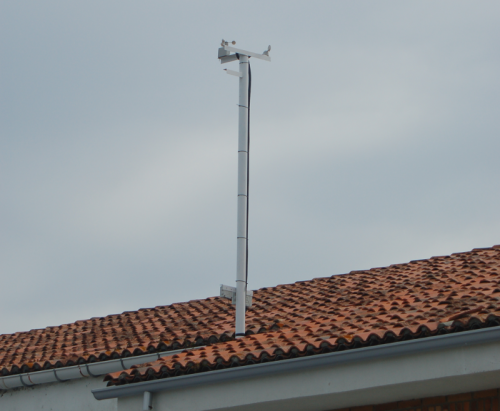 They’ve mounted their wind vane and anemometer nice and high, so I can see how they were able to record such high wind velocities.

A couple of Weather Stations have recently been commissioned in equally exposed places — it will be interesting to see whether they will record even higher speeds during 2018.

After careful analysis and a few disqualifications (a couple of Weather Stations in contention for this category were housed indoors), the ‘Hottest location’ award went to High School of Chalastra in Thessaloniki, Greece. There were a couple of Weather Stations (the one at The Marwadi Education Foundation in India, for example) that reported higher average temperatures than Chalastra’s 24.54 ºC. However, they had uploaded far fewer readings and their data coverage of 2017 was only partial.

At the other end of the thermometer, the location with the coldest average temperature is École de la Rose Sauvage in Calgary, Canada, with a very chilly 9.9 ºC. 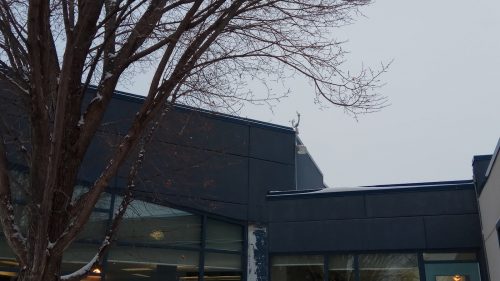 I suspect this school has a good chance of retaining the title: their lowest 2017 temperature of -24 ºC is likely to be beaten in 2018 due to extreme weather currently bringing a freezing start to the year in that part of the world.

Analyse your own Weather Station data

If you have an Oracle Raspberry Pi Weather Station and would like to perform an annual review of your local data, you can use this Python script as a starting point. It will display a monthly summary of the temperature and rainfall for 2017, and you should be able to customise the code to focus on other sensor data or on a particular time of year. We’d love to see your results, so please share your findings with [email protected], and we’ll send you some limited-edition Weather Station stickers.