Our project, called Fesentience, is to create a device that uses the principles of biomimicry to simulate the maternal womb. By integrating Raspberry Pi and Python programming, we can design a product that houses various systems mimicking the maternal womb, with parameters such as a mother’s specific resting heart rate and blood pressure that we can set via code. 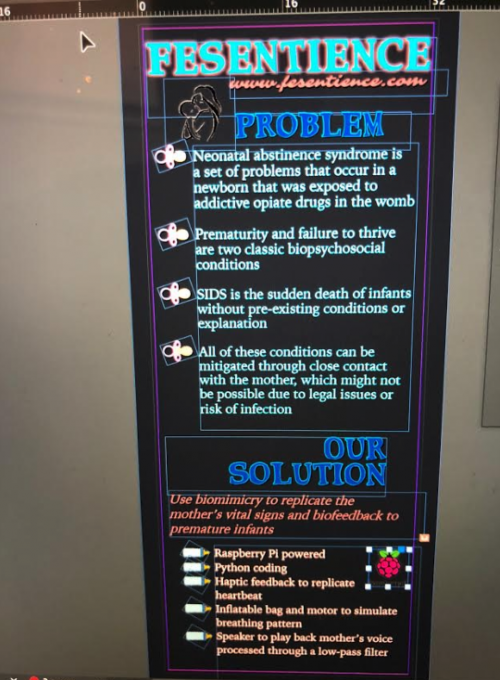 The product is targeted towards infants suffering from a condition called Neonatal Abstinence Syndrome, or NAS. Newborn infants exhibit NAS if they were exposed to addictive drugs while in the womb. Infants with NAS suffer from withdrawal effects, which can be extremely devastating since they may hinder essential post-birth developmental processes. This may lead to the onset of conditions such as Sudden Infant Death Syndrome, where the infant dies without any prior physiological indicators.

Current treatments for NAS include providing kangaroo care, which is a form of touch contact for the infant; weaning infants off drugs slowly by using morphine, fentanyl, or other replacement compounds; and simply housing them in incubator cribs. However, none of these treatments approach NAS in what is scientifically shown to be the best way: providing persistent maternal involvement, or having the mother directly in contact with the infant for prolonged periods of time. The problem with such maternal involvement, though, is that in many cases, it is simply not possible for the mother to be with the infant.

We made Fesentience to address this difficulty and act as a substitute for the mother. Our incubator device mimics the various biological systems of the mother according to parameters unique to each mother. Hence, our product can fully mimic any particular infant’s mother during its treatment. 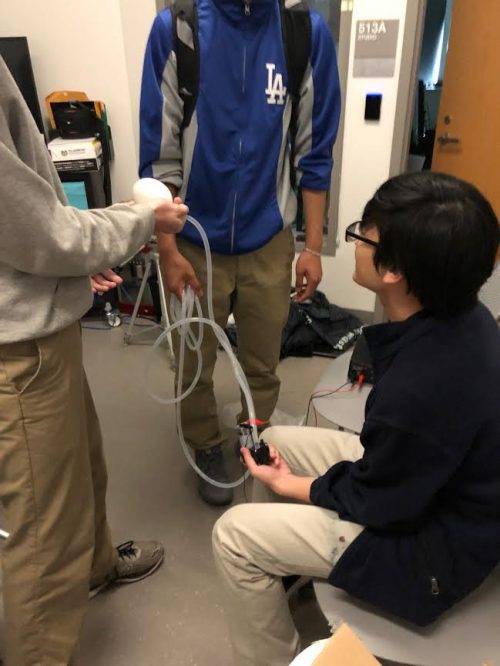 The prototype includes a light system that can display various shades of light; we chose shades of blue light to prevent the occurrence of jaundice in infants being treated. The product also includes a vibration motor to vibrate in a pattern mimicking the mother’s heartbeat; a balloon that inflates and deflates through the use of vacuum pumps to simulate the mother’s respiration; and a speaker to play the mother’s voice in the form of lullabies or songs for the infant. We are planning on adding a thermal system that sets the temperature of the device to the mother’s resting body temperature and modulates it in accordance to physiological temperature fluctuations. These systems are set up so that the infant can clearly sense their outputs and feel like its own mother is directly next to it. 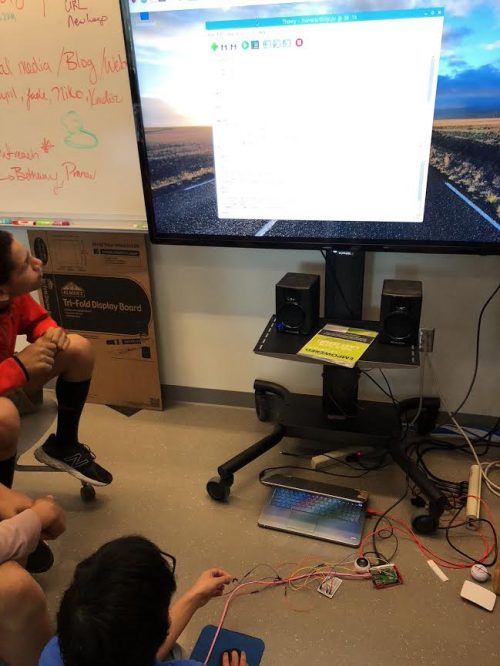 The final Fesentience product we will develop is a set of appendages to be fitted onto an incubator; we may possibly designing our own incubator housing these appendages in the future. We used the Raspberry Pi microcomputer and Python programming to control Fesentience. 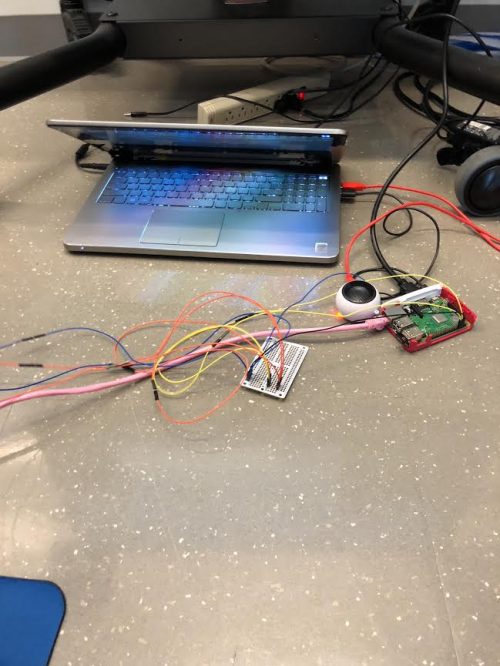 Many stages of this project were difficult. First, we had to learn the details of NAS by reading numerous scientific papers and conducting interviews with experts. The most difficult part was designing the algorithms for the device, and figuring out how the device would mimic various biological features within a secure and compact system. We had to understand how the features would interact, and how they should physically be placed inside our final device to let the infants become imbued by these sensory stimuli as much as possible. Once our first prototype of Fesentience is done, we will market it to our community and to provide it to hospitals and treatment facilities for infants suffering from NAS and related conditions to make a positive impact in the medical world.

To learn more about the Fesentience project, check out their webpage.