Today we are excited to launch a new add-on board for your Raspberry Pi: the Raspberry Pi TV HAT.

The TV HAT connects to the 40-pin GPIO header and to a suitable antenna, allowing your Raspberry Pi to receive DVB-T2 television broadcasts. 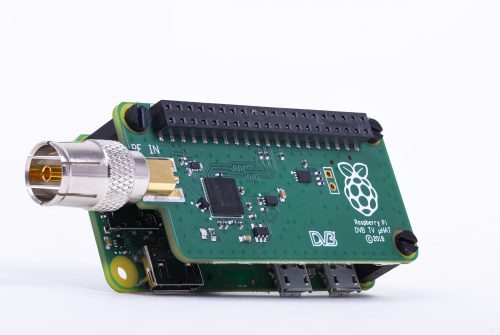 Watch TV with your Raspberry Pi

With the board, you can receive and view television on a Raspberry Pi, or you can use your Pi as a server to stream television over a network to other devices. The TV HAT works with all 40-pin GPIO Raspberry Pi boards when running as a server. If you want to watch TV on the Pi itself, we recommend using a Pi 2, 3, or 3B+, as you may need more processing power for this. 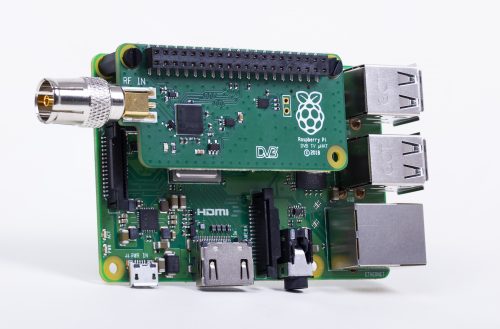 Stream television over your network

Viewing television is not restricted to Raspberry Pi computers: with a TV HAT connected to your network, you can view streams on any network-connected device. That includes other computers, mobile phones, and tablets. You can find instructions for setting up your TV HAT in our step-by-step guide. 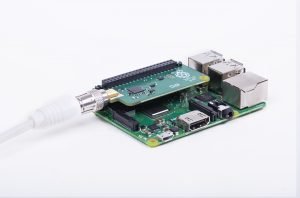 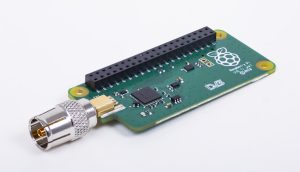 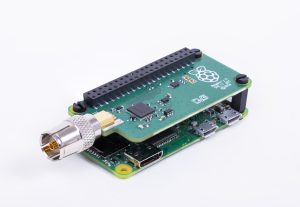 The Raspberry Pi TV HAT follows a new form factor of HAT (Hardware Attached on Top), which we are also announcing today. The TV HAT is a half-size HAT that matches the outline of Raspberry Pi Zero boards. A new HAT spec is available now. No features have changed electrically – this is a purely mechanical change.

A mechanical drawing of a Raspberry Pi TV HAT, exemplifying the spec of the new HAT form factor. Click to embiggen.

The TV HAT has three bolt holes; we omitted the fourth so that the HAT can be placed on a large-size Pi without obstructing the display connector.

The board comes with a set of mechanical spacers, a 40-way header, and an aerial adaptor. 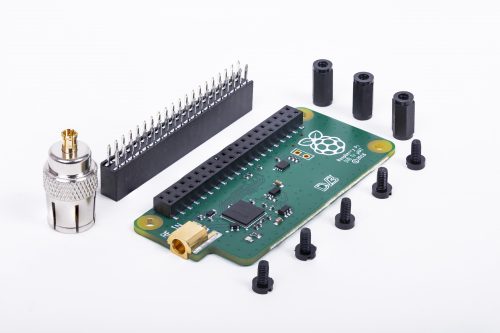 Initially, we will be offering the TV HAT in Europe only. Compliance work is already underway to open other DVB-T2 regions. If you purchase a TV HAT, you must have the appropriate license or approval to receive broadcast television. You can find a list of licenses for Europe here. If in doubt, please contact your local licensing body.

The Raspberry Pi TV HAT opens up some fantastic opportunities for people looking to embed a TV receiver into their networks. Head over to the TV HAT product page to find out where to get hold of yours. We can’t wait to see what you use it for!