Despite its apparent death 17 years ago, the Sega Dreamcast still has a hardcore group of developers behind it. We uncover their stories in this excerpt from Wireframe issue 7, available now.

In 1998, the release of the Dreamcast gave Sega an opportunity to turn around its fortunes in the home console market. The firm’s earlier system, the Saturn, though host to some beloved titles, was running a distant third in sales behind the Nintendo 64 and PlayStation. The Dreamcast, by contrast, saw a successful launch and quickly became the go-to system for arcade-quality ports of fighting games, among other groundbreaking titles like Seaman and Crazy Taxi.

Unfortunately for fans, it wasn’t to last. The Dreamcast struggled to compete against the PlayStation 2, which launched in 2000, and at the end of March 2001, in the face of the imminent launch of the Nintendo GameCube and Microsoft’s new Xbox, Dreamcast left the stage, and Sega abandoned the console market altogether.

None of this stopped a vibrant homebrew development scene springing up around the console in Sega’s place, and even years later, the Dreamcast remains a thriving venue for indie developers. Roel van Mastbergen codes for Senile Team, the developers of Intrepid Izzy, a puzzle platformer coming soon to the PC, PS4, and Dreamcast.

Of the port to Sega’s ageing console, van Mastbergen tells us, “I started this project with only the PC in mind. I’m more used to developing for older hardware, though, so I tend to write code with low CPU and RAM requirements by force of habit. At some point I decided to see if I could get it running on the Dreamcast, and I was happy to find that it ran almost perfectly on the first try.” 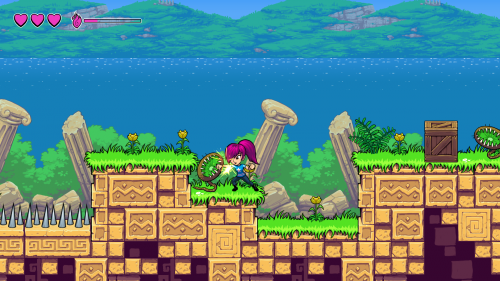 It runs at a lower resolution than on PC, but Intrepid Izzy still maintains a smooth 60fps on Dreamcast.

One of the pluses of the Dreamcast, van Mastbergen points out, is how easy it is to develop for. “There are free tools and sufficient documentation available, and you can run your own code on a standard Dreamcast without any hardware modifications or hacks.”

Games burned to CD will play in most models of unmodified Dreamcast, usually with no extra software required. While this doesn’t result in a huge market — the customer base for new Dreamcast games is difficult to measure but certainly small — it makes development for original hardware far more viable than on other systems, which often need expensive and difficult-to-install modchips.

Many of the games now being developed for the system are available as digital downloads, but the state of Dreamcast emulation lags behind that of its competitors, with no equivalent to the popular Dolphin and PCSX2 emulators for GameCube and PS2. All this makes boxed games on discs more viable than on other systems — and, in many cases, physical games can also become prized collectors’ items. 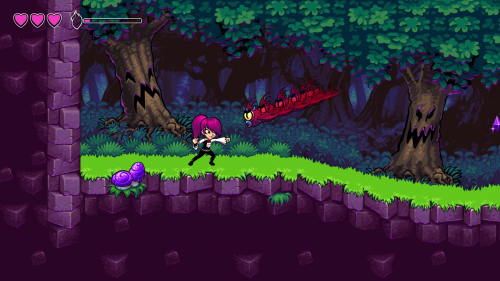 Intrepid Izzy is developed with a custom code library that works across multiple systems; it’s simple to downscale PC assets and export a Dreamcast binary.

By now, you might be asking yourself what the point of developing for these old systems is — especially when creating games for PC is a much easier and potentially more profitable route to take. When it comes to crowdfunding, though, catering to a niche but dedicated audience can pay dividends.

Belgian developer Alice Team, creators of Alice Dreams Tournament, asked for €8000 in funding to complete its Dreamcast exclusive, which began development in 2006. It eventually raised €28,000 — more than treble its goal.

Intrepid Izzy didn’t quite reach such dizzying heights, only just meeting its €35,000 target, but van Mastbergen is clear it wouldn’t have been funded at all without the dedicated Dreamcast base. “The project has been under-funded since the beginning, which is slightly problematic,” van Mastbergen tells us. “Even so, it is true that the Dreamcast community is responsible for the lion’s share of the funding, which is a testament to how well-loved this system still is.”

You can read the rest of the feature in Wireframe issue 7, available in Tesco, WHSmith, and all good independent UK newsagents.

Or you can buy Wireframe directly from us – worldwide delivery is available. And if you’d like to own a handy digital version of the magazine, you can also download a free PDF. 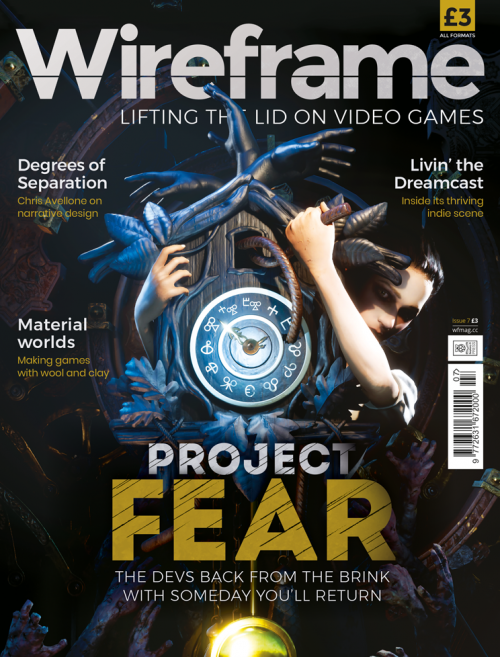 Face your fears in the indie horror, Someday You’ll Return.