In honour of the 50th anniversary of the Apollo moon landing, this year’s Pi Wars was space-themed. Visitors to the two-day event — held at the University of Cambridge in March — were lucky enough to witness a number of competitors and demonstration space-themed robots in action. 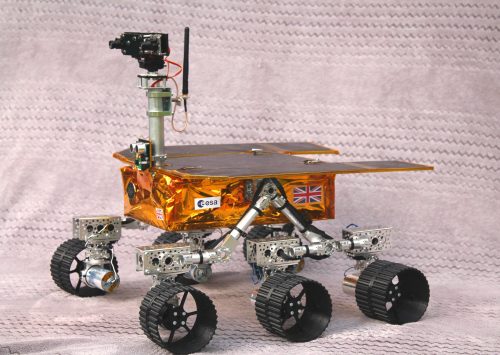 Among the most impressive was the Yuri 3 mini Mars rover, which was designed, lovingly crafted, and operated by Airbus engineer John Chinner. Fascinated by Yuri 3’s accuracy, we got John to give us the inside scoop.

John is on the STEM Ambassador team at Airbus and has previously demonstrated its prototype ExoMars rover, Bridget (you can drool over images of this here: magpi.cc/btQnEw), including at the BBC Stargazing Live event in Leicester. Realising the impressive robot’s practical limitations in terms of taking it out and about to schools, John embarked on a smaller but highly faithful, easily transportable Mars rover. His robot-building experience began in his teens with a six-legged robot he took along to his technical engineering apprenticeship interview and had walk along the desk. Job deftly bagged, he’s been building robots ever since. 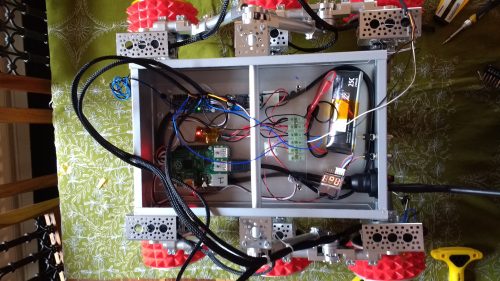 Yuri is a combination of an Actobotics chassis based on one created by Beatty Robotics plus 3D-printed wheels and six 12 V DC brushed gears. Six Hitec servo motors operate the steering, while the entire rover has an original Raspberry Pi B+ at its heart.

Yuri 3 usually runs in ‘tank steer’ mode. Cannily, the positioning of four of its six wheels at the corners means Yuri 3’s wheels can each be turned so that it spins on the spot. It can also ‘crab’ to the side due to its individually steerable wheels. 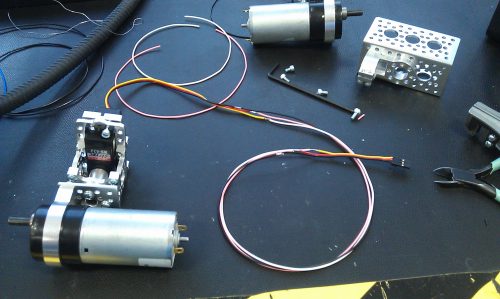 The part more challenging for home users is the ‘gold thermal blanket’. The blanket ensures that the rover can maintain working temperature in the extreme conditions found on Mars. “I was very fortunate to have a bespoke blanket made by the team who make them for satellites,” says John. “They used it as a training exercise for the apprentices.”

John has made some bookmarks from the leftover thermal material which he gives away to schools to use as prizes. 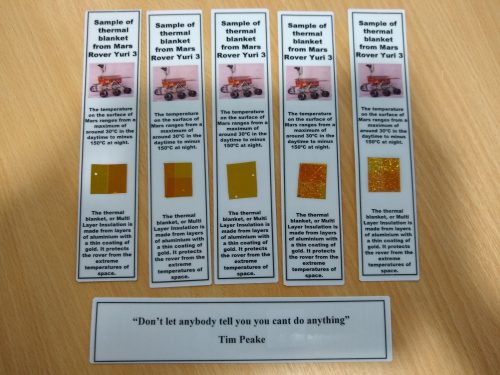 While designing Yuri 3, it probably helped that John was able to sneak peeks of Airbus’s ExoMars prototypes being tested at the firm’s Mars Yard. (He once snuck Yuri 3 onto the yard and gave it a test run, but that’s supposed to be a secret!) Also, says John, “I get to see the actual flight rover in its interplanetary bio clean room”. 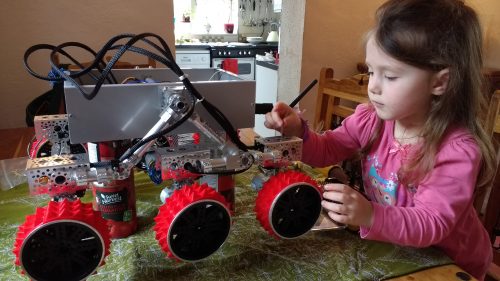 His involvement with all things Raspberry Pi came about when he was part of the Astro Pi programme, in which students send code to two Raspberry Pi devices aboard the International Space Station every year. “I did the shock, vibration, and EMC testing on the actual Astro Pi units in Airbus, Portsmouth,” John proudly tells us.

As part of the European Space Agency mission ExoMars, Airbus is building and integrating the rover in Stevenage. “What a fantastic opportunity for exciting outreach,” says John. “After all the fun with Tim Peake’s Principia mission, why not make the next British astronaut a Mars rover? … It is exciting to be able to go and visit Stevenage and see the prototype rovers testing on the Mars Yard.” 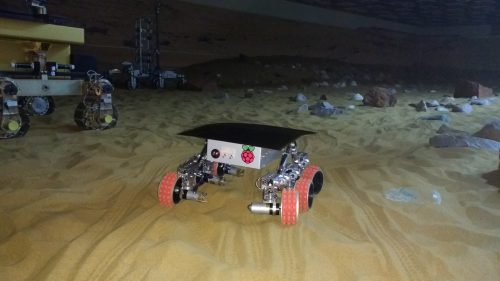 John also mentions that he’d love to see Yuri 3 put in an appearance at the Raspberry Pi Store; in the meantime, drooling punters will have to build their own Mars rover from similar kit. Or, we’ll just enjoy John’s footage of Yuri 3 in action and perhaps ask very nicely if he’ll bring Yuri along for a demonstration at an event or school near us.

John wrote about the first year of his experience building Yuri 3 on his blog. And you can follow the adventures of Yuri 3 over on Twitter: @Yuri_3_Rover.

Read the new issue of The MagPi

This article is from today’s brand-new issue of The MagPi, the official Raspberry Pi magazine. Buy it from all good newsagents, subscribe to pay less per issue and support our work, or download the free PDF to give it a try first. 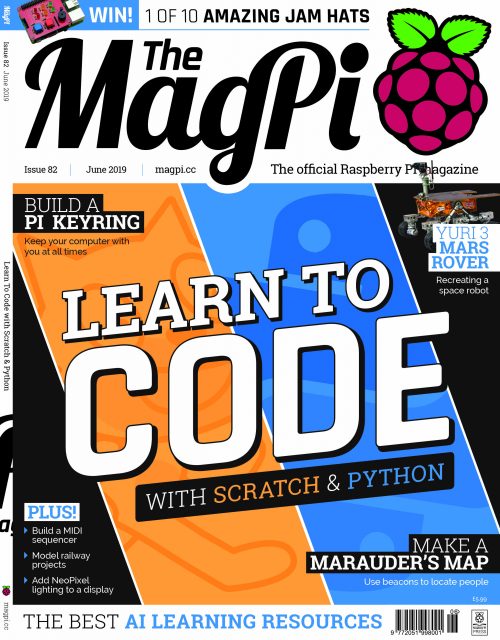