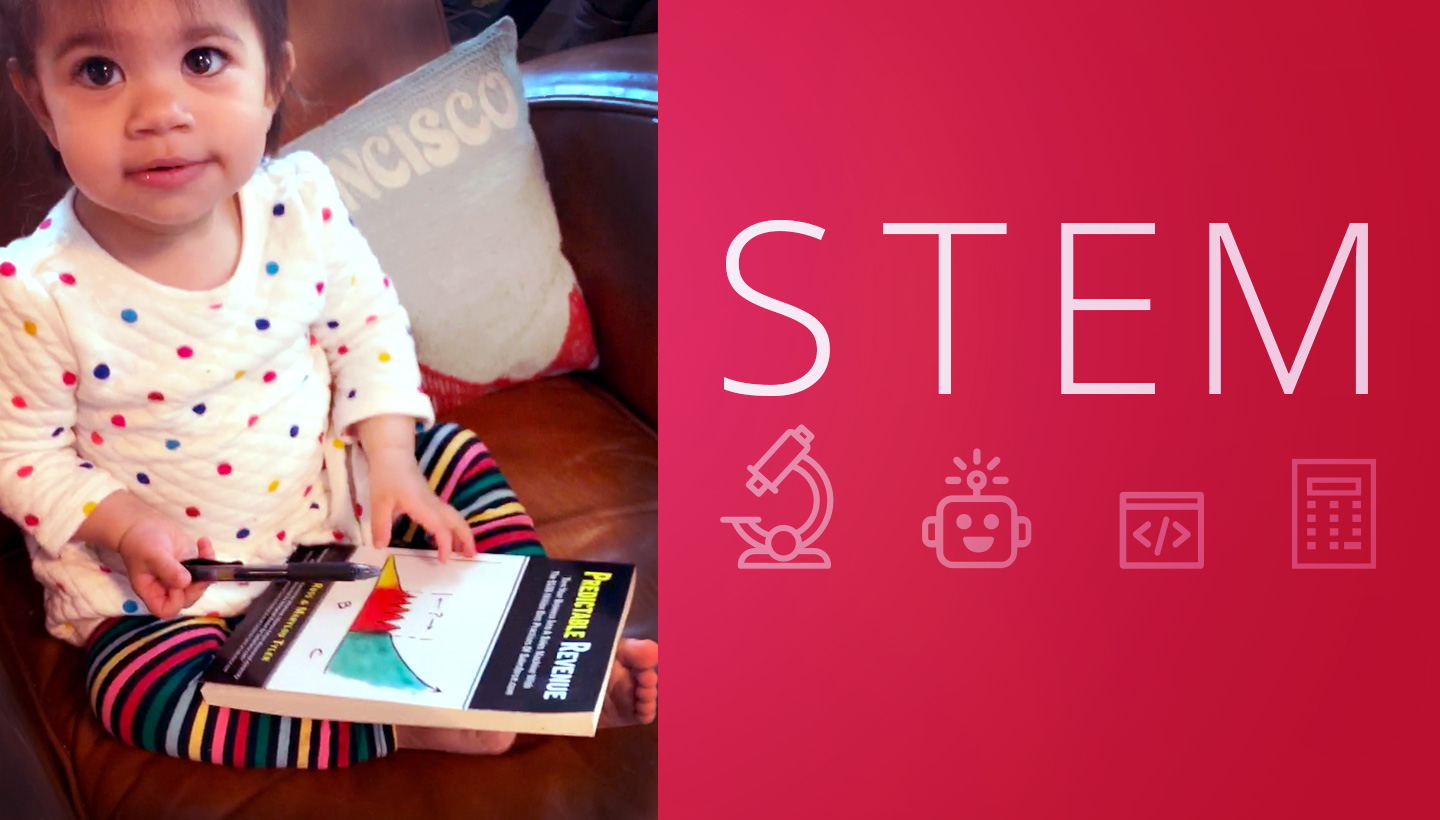 November 8th marks the celebration of National STEM day, calling attention to the importance of Science, Technology, Engineering, and Math (STEM) in young peoples’ education. Without these programs encouraging young minds to enter STEM fields, we would be hard-pressed to find the Backblaze staffers of the future. As such, a day like this is something we have to celebrate here in our office.

Many of our teammates missed out on the educational initiatives around tech that exist today, but they did not let age, gender, or socioeconomic status stop them from reaching the top of their respective fields. So in honor of the day, we decided to share some of their STEM-related stories with an eye toward inspiring you. Whether they rouse you to dig into your own mid-career shift, or to encourage your kids to consider STEM, or to send an application our way, we hope these stories add to your understanding of how helpful STEM can be in any life.

The STEMs of Backblaze

Steven, a front end developer at Backblaze, started out as a bellman at the Greenwich Hotel in New York City, but his love for digital media—beginning with games like Naughty Dog’s work of art, “Crash Bandicoot”—encouraged him to sign up for a boot camp for web development called Bloc. After 6 months, Steven launched into the work force with one mission: To make the world a better place, one product at a time.

“That love for video games became a love for technology and software,” said Steven, reflecting on his early years in tech. “As I grew older, played more games, discovered the joys of dial-up internet and witnessed cable TV move into the high definition era, my interest for what powered all of these sources of entertainment peaked.”

Taking the Leap to Director of Engineering

Not everyone is as confident as Steven, though. Would you just walk into a coding bootcamp with no experience? Intimidation can be a big reason why someone shies away from working in a STEM related field. Our Vice President of Engineering, Tina, believes that you should not shy away from intimidation. She believes that embracing your jump into the unknown will help you find the fun in your field of work.

“Never think that you are not good enough or smart enough to learn anything,” said Tina, when asked what advice she would give to young engineers. “I feel like there is a misconception that engineering is boring or for geeks or whatever and that’s not true at all. And also, just because it is a male dominated industry doesn’t mean other women shouldn’t just go for it. It’s actually really fun once you start doing it. Essentially, just don’t let the intimidation get to you. Anyone can learn it.”

And she speaks from experience: Tina was the only woman in her Electronic and Computer Engineering classes at California State Polytechnic University-Pomona, but now she’s running Backblaze’s engineering efforts. Without her, our engineering team would not run as smoothly and efficiently or have projects like extending your version history release on time!

From Microbiology to Backblaze Sales Operations and Enablement Manager

Tina makes a good point that most people tend to miss: the difference between the impossible and something that just makes you uncomfortable. Sona, our Sales Operations and Enablement Manager, spent her undergrad years preparing to attend med school. But when it came around to applying for post-grad programs or applying for jobs, she realized that her biological sciences degree qualified her for a range of different positions beyond the medical field.

“Do something that makes you uncomfortable,” said Sona, reflecting on what she would tell her younger self when starting out. “Because if you fail you fail, but if you don’t fail you might be opening up a door to something that you didn’t even know you wanted to do.” Embracing her discomfort allowed Sona to explore other careers, like working as a microbiologist at Shasta Beverages, Inc. and, now, being our go-to person for implementing software to supercharge our sales efforts here at Backblaze.

This is true for our Director of Technical Operations, Chris, who started as a system administrator after stepping away from the college path because he felt more comfortable with a hands-on learning experience. Chris had always tinkered with computers and software during his summer breaks from school so he felt confident that this field was the right place for him.

“Try things. Experiment. The sooner you get plugged into a social network of some kind in your field, like a group or a club or an open-source project, the sooner the world will open up for you,” said Chris. “Because the people you meet will come from all different walks of life you will see all the different things they do and some of them might be interesting and different than what you initially thought of doing.”

Whether it’s toying with computer motherboards like Chris did, stargazing, app building, or even setting up your shot in basketball, chances are that your hobbies have roots in STEM. The average person indulges in these related activities without even knowing it.

Amanda is our Senior Accountant and her father, Brian, is our Distinguished Engineer. When she was younger her hobbies were art, dance, and… learning about programming sequences.

“I feel like [doing math] came very naturally,” said Amanda. “I grew up in a very math-friendly household. My dad started teaching me algebra really early. They were excited about it so they both did software engineering and programming. They would, ‘just for fun,’ teach me programming problems and I would be asking them about matrices and things like that.”

Of course, we don’t all have brilliant engineers for parents, but that doesn’t mean that Amanda’s experience isn’t useful. STEM programming is all about giving young people exposure to science, technology, engineering, and math in ways they can relate to. With Amanda, that was programming problems. But school systems all over have adapted STEM programs to their curriculum to build enthusiasm for kids who like to tinker with robots or treat math problems like a competition. You can even bring it home for your own family. The trick is to find fun, science-related activities that help kids continue to expand their excitement for these fields.

It might seem hokey, but it can be fun. For instance, at Backblaze, we still do STEM style experiments, like the day we used bubbles and a fog machine to test the air flow in the office (as seen in the video below).

Do you have an interesting story of how you came to be in the STEM field of work? Or resources for how you passed your enthusiasm on? Share them in the comments below!

The post The STEMs of Backblaze: How We Got Here appeared first on Backblaze Blog | Cloud Storage & Cloud Backup.