In the week before AWS re:Invent 2019 we wrote about a number of service and feature launches leading up to the biggest event of the year for us at AWS. These included new features for AWS Lambda, integrations for AWS Step Functions, and other exciting service and feature launches for related product areas. But this was just the warm-up – AWS re:Invent 2019 itself saw several new serverless or serverless related announcements. 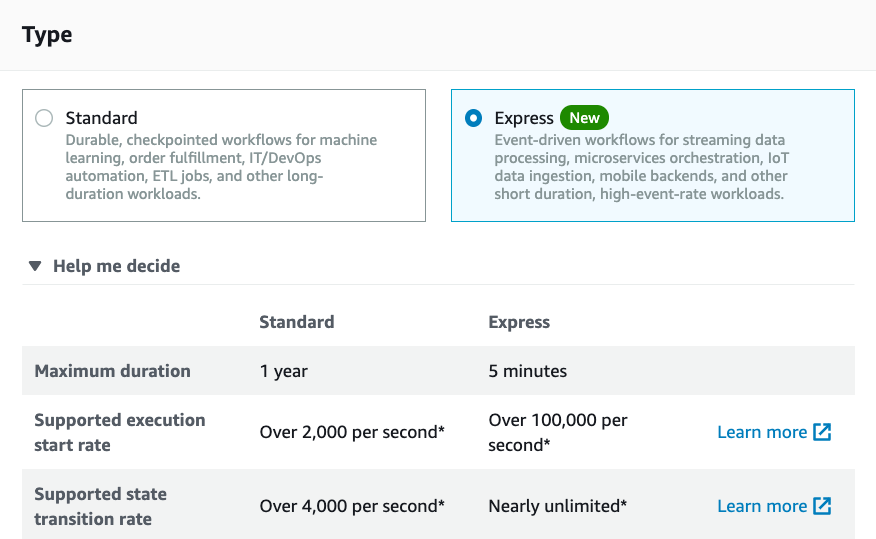 AWS Step Functions released AWS Step Functions Express Workflows. With the ability to support event rates greater than 100,000 per second, this feature is designed for high performance workloads at a reduced cost.

Amazon EventBridge announced the preview of the Amazon EventBridge schema registry and discovery service. This service allows developers to automate discovery and cataloging event schemas for use in their applications. Additionally, once a schema is stored in the registry, you can generate and download a code binding that represents the schema as an object in your code. 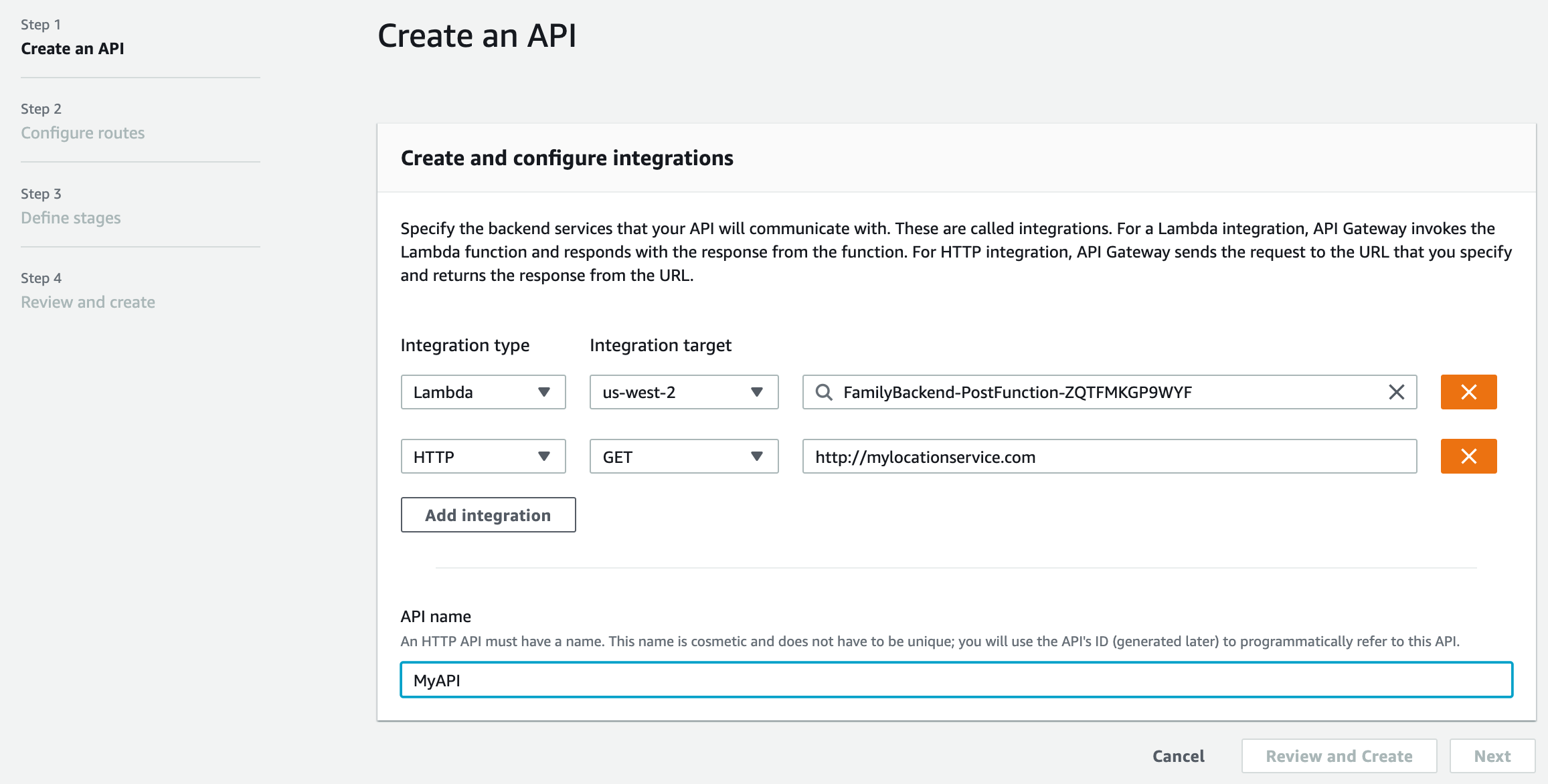 Amazon API Gateway announced the preview of HTTP APIs. With HTTP APIs most customers will see an average cost saving up to 70%, when compared to API Gateway REST APIs. In addition, you will see significant performance improvements in the API Gateway service overhead. With HTTP APIs, you can create an API in four simple steps. Once the API is created, additional configuration for CORS and JWT authorizers can be added.

The RDS proxy maintains a pool of established connections to your RDS database instances. This pool enables you to support a large number of application connections so your application can scale without compromising performance. It also increases security by enabling IAM authentication for database access and enabling you to centrally manage database credentials using AWS Secrets Manager.

AWS Amplify has expanded their delivery platforms to include iOS and Android. Developers can now build iOS and Android applications using the Amplify Framework with the same category-based programming model that they use for JavaScript apps.

The Amplify team has also improved offline data access and synchronization by announcing Amplify DataStore. Developers can now create applications that allow users to continue to access and modify data, without an internet connection. Upon connection, the data synchronizes transparently with the cloud.

Whether you are a team of one or an enterprise with thousands of developers, code review can be difficult. At re:Invent 2019, AWS announced a preview of Amazon CodeGuru, a machine learning based service to help make code reviews more effective and aid developers in writing code that is secure, performant, and consistent. 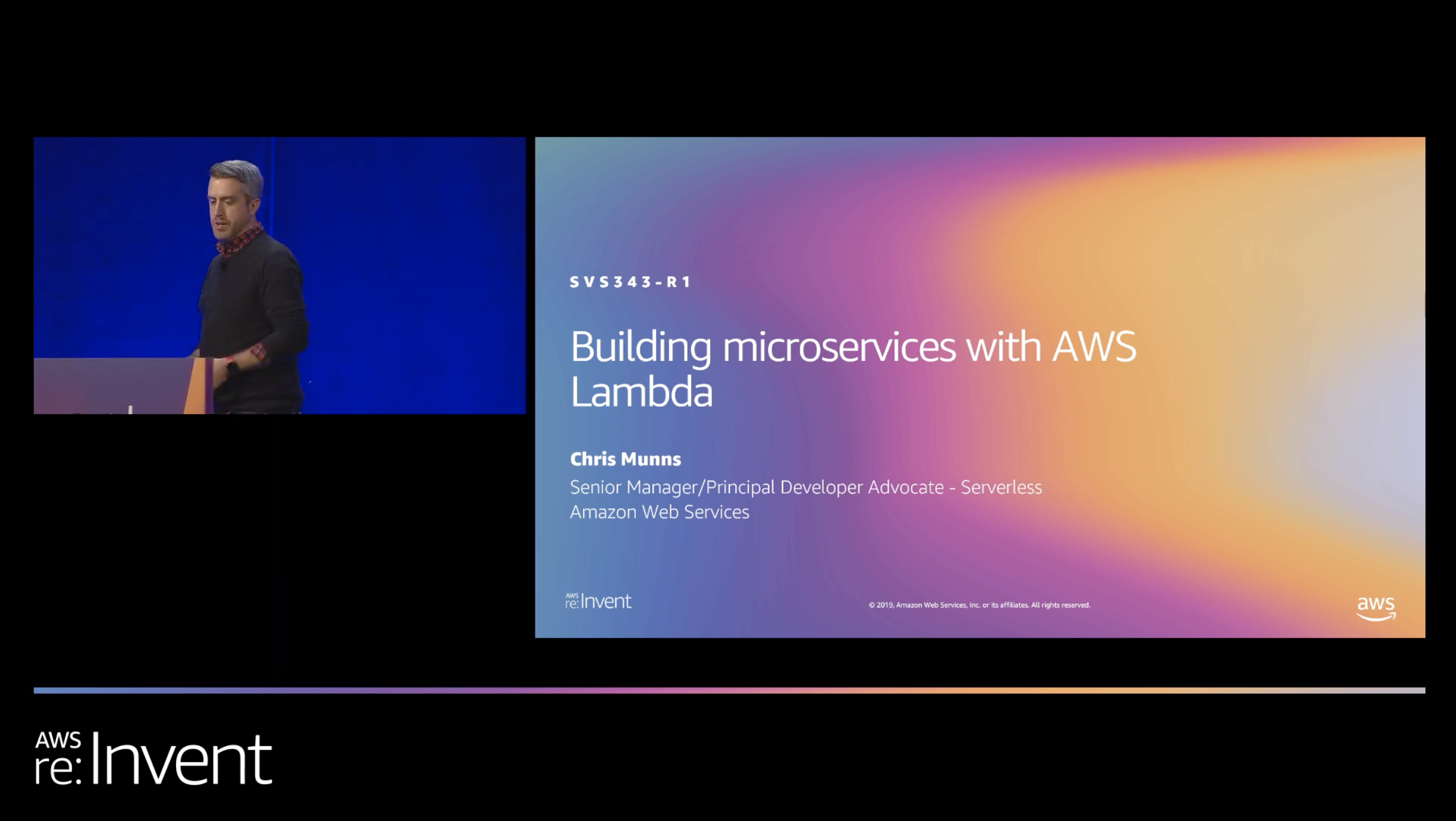 We presented dozens of sessions showing how customers can improve their architecture and agility with serverless. Here are some of the most popular.

Prior to AWS re:Invent, AWS serverless had many service and feature launches and the pace continued throughout re:Invent itself. As we head towards 2020, follow this blog to keep up on new launches and announcements, best practices, and examples of serverless applications in action

Additionally, the AWS Serverless Developer Advocates will be crossing the globe to tell you more about serverless, and to hear more about what you need. You can also follow all of us on Twitter to see latest news, follow conversations, and interact with the team.