AWS Cryptography has completed benchmarks of Round 2 Versions of the Bit Flipping Key Encapsulation (BIKE) and Supersingular Isogeny Key Encapsulation (SIKE) hybrid post-quantum Transport Layer Security (TLS) Algorithms. Both of these algorithms have been submitted to the National Institute of Standards and Technology (NIST) as part of NIST’s Post-Quantum Cryptography standardization process.

This blog post is intended to inform software developers, AWS customers, and cryptographic researchers about the potential upcoming performance differences between classical and hybrid post-quantum TLS.

What is Hybrid Post-Quantum TLS 1.2? 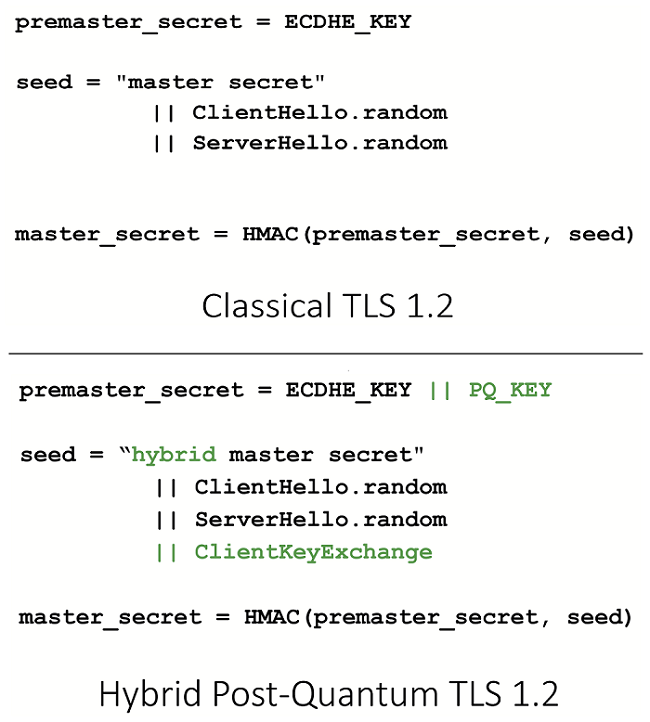 Hybrid post-quantum TLS 1.2 is a proposed extension to the TLS 1.2 Protocol implemented by Amazon’s open source TLS library s2n that provides the security protections of both the classical and post-quantum schemes. It does this by performing two independent key exchanges (one classical and one post-quantum), and then cryptographically combining both keys into a single TLS master secret.

Why is Post-Quantum TLS Important?

Hybrid post-quantum TLS allows connections to remain secure even if one of the key exchanges (either classical or post-quantum) performed during the TLS Handshake is compromised in the future. For example, if a sufficiently large-scale quantum computer were to be built, it could break the current classical public-key cryptography that is used for key exchange in every TLS connection today. Encrypted TLS traffic recorded today could be decrypted in the future with a large-scale quantum computer if post-quantum TLS is not used to protect it. 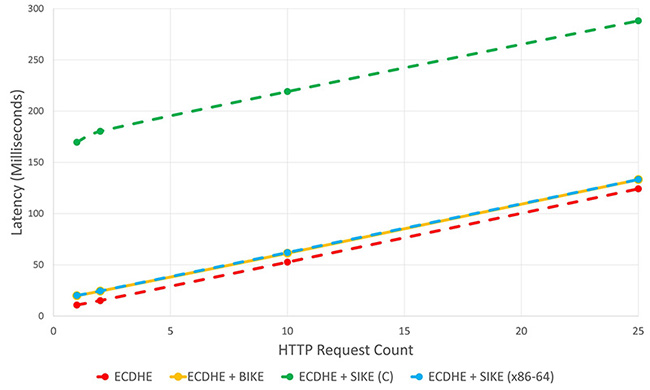 Table 1 shows the time (in milliseconds) that a client and server in the same region take to complete a TCP Handshake, a TLS Handshake, and complete varying numbers of HTTP Requests sent to an HTTP web service running on an i3en.12xlarge host.

Table 2 shows the amount of data (in bytes) used by different messages in the TLS Handshake for each Key Exchange algorithm.

Table 3 shows the amount of data (in bytes) sent and received through each TLS connection for varying numbers of HTTP requests.

In general, we find that the major trade off between BIKE and SIKE is data usage versus processing time, with BIKE needing to send more bytes but requiring less time processing them, and SIKE making the opposite trade off of needing to send fewer bytes but requiring more time processing them. At the time of integration for our benchmarks, an x86-64 assembly optimized implementation of BIKE1-CCA-L1-R2 was not available in s2n.

Our results show that when only a single HTTP request is sent, completing a BIKE1-CCA-L1-R2 hybrid TLS 1.2 handshake takes approximately 84% more time compared to a non-hybrid TLS connection, and completing an x86-64 assembly optimized SIKE-P434-R2 hybrid TLS 1.2 handshake takes approximately 86% more time than non-hybrid. However, at 25 HTTP Requests per TLS connection, when using the fastest available implementation for both BIKE and SIKE, the increased TLS Handshake latency is amortized, and only 7% more total time is needed for both BIKE and SIKE compared to a classical TLS connection.

In the AWS EC2 network, using modern x86-64 CPU’s with the fastest available algorithm implementations, we found that BIKE and SIKE performed similarly, with their maximum latency difference being only 0.6 milliseconds apart, and BIKE being the faster of the two in every benchmark. However when compared to SIKE’s C implementation, which would be used on hosts without the ADX and MULX x86-64 instructions used by SIKE’s assembly implementation, BIKE performed significantly better, seeing a maximum improvement of 157 milliseconds over SIKE. 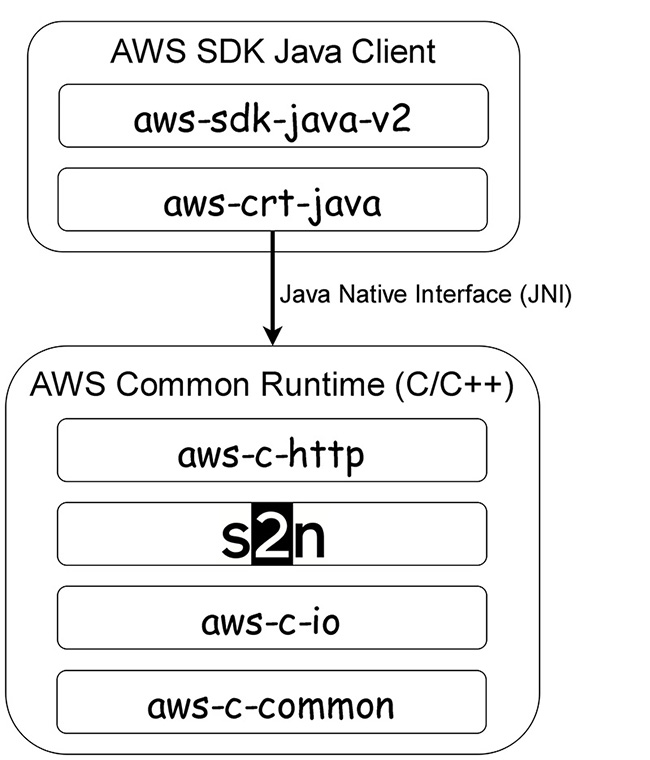 Our client was a single EC2 i3en.6xlarge host, using v0.5.1 of the AWS Common Runtime (AWS CRT) Java Bindings, with commit f3abfaba of s2n and used the x86-64 Assembly implementation for all SIKE-P434-R2 benchmarks.

Our server was a single EC2 i3en.12xlarge host running a REST-ful HTTP web service which used s2n to terminate TLS connections. In order to measure the latency of the SIKE-P434-R2 C implementation on these hosts, we used an s2n compile time flag to build a 2nd version of s2n with SIKE’s x86-64 assembly optimization disabled, and reran our benchmarks with that version.

We chose i3en.12xlarge as our host type because it is optimized for high IO usage, provides high levels of network bandwidth, has a high number of vCPU’s that is typical for many web service endpoints, and has a modern x86-64 CPU with the ADX and MULX instructions necessary to use the high performance Round 2 SIKE x86-64 assembly implementation. Additional TLS Handshake benchmarks performed on other modern types of EC2 hosts, such as the C5 family and M5 family of EC2 instances, also showed similar latency results to those generated on i3en family of EC2 instances. 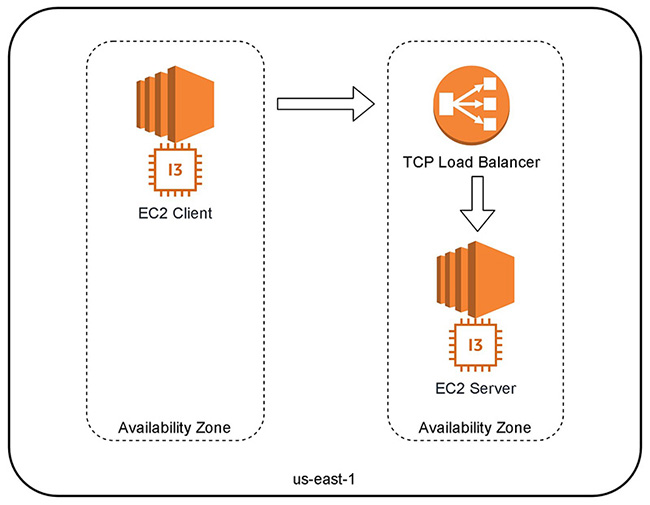 Our Benchmarks were run with a single client host connecting to a single host running a HTTP web service in a different availability zone within the same AWS Region (us-east-1), through a TCP Load Balancer.

We chose to include varying numbers of HTTP requests in our latency benchmarks, rather than TLS Handshakes alone, because customers are unlikely to establish a secure TLS connection and let the connection sit idle performing no work. Customers use TLS connections in order to send and receive data securely, and HTTP web services are one of the most common types of data being secured by TLS. We also chose to place our EC2 server behind a TCP Load Balancer to more closely approximate how an HTTP web service would be deployed in a typical setup.

Latency was measured at the client in Java starting from before a TCP connection was established, until after the final HTTP Response was received, and includes all network transfer time. All connections used RSA Certificate Authentication with a 2048-bit key, and ECDHE Key Exchange used the secp256r1 curve. All latency values listed in Tables 1 above were calculated from the median value (50th percentile) from 60 minutes of continuous single-threaded measurements between the EC2 Client and Server.

If you’re interested to learn more about post-quantum cryptography check out the following links: