Join us this month to learn about AWS services and solutions featuring topics on Amazon EMR, Amazon SageMaker, AWS Lambda, Amazon S3, Amazon WorkSpaces, Amazon EC2 Fleet and more! We also have our third episode of the “How to re:Invent” where we’ll dive deep with the AWS Training and Certification team on Bootcamps, Hands-on Labs, and how to get AWS Certified at re:Invent. Register now! We look forward to seeing you. Please note – all sessions are free and in Pacific Time.

July 26, 2018 | 11:00 AM – 12:00 PM PT – Multi-Tenant Analytics on Amazon EMR – Discover how to make an Amazon EMR cluster multi-tenant to have different processing activities on the same data lake.

August 1, 2018 | 09:00 AM – 10:00 AM PT – Technical Deep Dive on Amazon EC2 Fleet – Learn how to launch workloads across instance types, purchase models, and AZs with EC2 Fleet to achieve the desired scale, performance and cost.

July 25, 2018 | 11:00 AM – 11:45 AM PT – How Harry’s Shaved Off Their Operational Overhead by Moving to AWS Fargate – Learn how Harry’s migrated their messaging workload to Fargate and reduced message processing time by more than 75%.

August 1, 2018 | 11:00 AM – 11:45 AM PT – Enterprise DevOps: Applying ITIL to Rapid Innovation – Innovation doesn’t have to equate to more risk for your organization. Learn how Enterprise DevOps delivers agility while maintaining governance, security and compliance.

July 26, 2018 | 09:00 AM – 10:00 AM PT – Build Intelligent Applications with Machine Learning on AWS – Learn how to accelerate development of AI applications using machine learning on AWS.

July 30, 2018 | 11:00 AM – 11:45 AM PT – Get Started with Well-Architected Security Best Practices – Discover and walk through essential best practices for securing your workloads using a number of AWS services.

July 24, 2018 | 01:00 PM – 02:00 PM PT – Getting Started with Serverless Computing Using AWS Lambda – Get an introduction to serverless and how to start building applications with no server management.

The AWS Community Heroes program helps shine a spotlight on some of the innovative work being done by rockstar AWS developers around the globe. Marrying cloud expertise with a passion for community building and education, these heroes share their time and knowledge across social media and through in-person events. Heroes also actively help drive community-led tracks at conferences. At this year’s re:Invent, many Heroes will be speaking during the Monday Community Day track.

This November, we are thrilled to have four Heroes joining our network of cloud innovators. Without further ado, meet to our newest AWS Community Heroes! 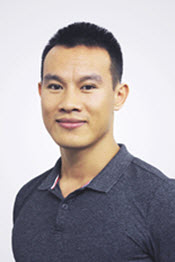 Anh Ho Viet is the founder of AWS Vietnam User Group, Co-founder & CEO of OSAM, an AWS Consulting Partner in Vietnam, an AWS Certified Solutions Architect, and a cloud lover.

At OSAM, Anh and his enthusiastic team have helped many companies, from SMBs to Enterprises, move to the cloud with AWS. They offer a wide range of services, including migration, consultation, architecture, and solution design on AWS. Anh’s vision for OSAM is beyond a cloud service provider; the company will take part in building a complete AWS ecosystem in Vietnam, where other companies are encouraged to become AWS partners through training and collaboration activities.

In 2016, Anh founded the AWS Vietnam User Group as a channel to share knowledge and hands-on experience among cloud practitioners. Since then, the community has reached more than 4,800 members and is still expanding. The group holds monthly meetups, connects many SMEs to AWS experts, and provides real-time, free-of-charge consultancy to startups. In August 2017, Anh joined as lead content creator of a program called “Cloud Computing Lectures for Universities” which includes translating AWS documentation & news into Vietnamese, providing students with fundamental, up-to-date knowledge of AWS cloud computing, and supporting students’ career paths. 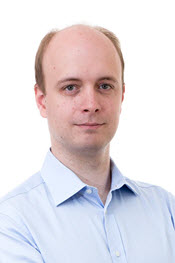 Thorsten Höger is CEO and Cloud consultant at Taimos, where he is advising customers on how to use AWS. Being a developer, he focuses on improving development processes and automating everything to build efficient deployment pipelines for customers of all sizes.

Before being self-employed, Thorsten worked as a developer and CTO of Germany’s first private bank running on AWS. With his colleagues, he migrated the core banking system to the AWS platform in 2013. Since then he organizes the AWS user group in Stuttgart and is a frequent speaker at Meetups, BarCamps, and other community events.

As a supporter of open source software, Thorsten is maintaining or contributing to several projects on Github, like test frameworks for AWS Lambda, Amazon Alexa, or developer tools for CloudFormation. He is also the maintainer of the Jenkins AWS Pipeline plugin.

In his spare time, he enjoys indoor climbing and cooking. 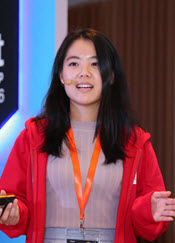 Yu Zhang (Becky Zhang) is COO of BootDev, which focuses on Big Data solutions on AWS and high concurrency web architecture. Before she helped run BootDev, she was working at Yubis IT Solutions as an operations manager.

Becky plays a key role in the AWS User Group Shanghai (AWSUGSH), regularly organizing AWS UG events including AWS Tech Meetups and happy hours, gathering AWS talent together to communicate the latest technology and AWS services. As a female in technology industry, Becky is keen on promoting Women in Tech and encourages more woman to get involved in the community.

Becky also connects the China AWS User Group with user groups in other regions, including Korea, Japan, and Thailand. She was invited as a panelist at AWS re:Invent 2016 and spoke at the Seoul AWS Summit this April to introduce AWS User Group Shanghai and communicate with other AWS User Groups around the world. 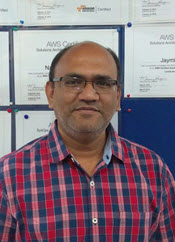 Nilesh Vaghela is the founder of ElectroMech Corporation, an AWS Cloud and open source focused company (the company started as an open source motto). Nilesh has been very active in the Linux community since 1998. He started working with AWS Cloud technologies in 2013 and in 2014 he trained a dedicated cloud team and started full support of AWS cloud services as an AWS Standard Consulting Partner. He always works to establish and encourage cloud and open source communities.

He started the AWS Meetup community in Ahmedabad in 2014 and as of now 12 Meetups have been conducted, focusing on various AWS technologies. The Meetup has quickly grown to include over 2000 members. Nilesh also created a Facebook group for AWS enthusiasts in Ahmedabad, with over 1500 members.

Apart from the AWS Meetup, Nilesh has delivered a number of seminars, workshops, and talks around AWS introduction and awareness, at various organizations, as well as at colleges and universities. He has also been active in working with startups, presenting AWS services overviews and discussing how startups can benefit the most from using AWS services.

To learn more about the AWS Community Heroes Program and how to get involved with your local AWS community, click here.

Leaves are crunching under my boots, Halloween is tomorrow, and pumpkin is having its annual moment in the sun – it’s fall everybody! And just in time to celebrate, we have whipped up a fresh batch of pumpkin spice Tech Talks. Grab your planner (Outlook calendar) and pencil these puppies in. This month we are covering re:Invent, serverless, and everything in between.

Noted below are the upcoming scheduled live, online technical sessions being held during the month of November. Make sure to register ahead of time so you won’t miss out on these free talks conducted by AWS subject matter experts.

2:00 – 2:40 PM PDT: Everything you wanted to know about licensing Windows workloads on AWS, but were afraid to ask

The wait is over. September and October’s Partner Webinars have officially arrived! In case you missed the intro last month, the AWS Partner Webinar Series is a selection of live and recorded presentations covering a broad range of topics at varying technical levels and scale. A little different from our AWS Online TechTalks, each AWS Partner Webinar is hosted by an AWS solutions architect and an AWS Competency Partner who has successfully helped customers evaluate and implement the tools, techniques, and technologies of AWS.

Mactores: SAP on AWS: How UCT is Experiencing Better Performance on AWS While Saving 60% in Infrastructure Costs with Mactores
September 19, 2017 | 1:00 PM PDT

Accenture: Reduce Operating Costs and Accelerate Efficiency by Migrating Your SAP Applications to AWS with Accenture
September 20, 2017 | 10:00 AM PDT

As a school supply aficionado, the month of September has always held a special place in my heart. Nothing sets the tone for success like getting a killer deal on pens and a crisp college ruled notebook. Even if back to school shopping trips have secured a seat in your distant memory, this is still a perfect time of year to stock up on office supplies and set aside some time for flexing those learning muscles. A great way to get started: scan through our September Tech Talks and check out the ones that pique your interest. This month we are covering re:Invent, AI, and much more.

Noted below are the upcoming scheduled live, online technical sessions being held during the month of September. Make sure to register ahead of time so you won’t miss out on these free talks conducted by AWS subject matter experts.

Welcome to mid-August, everyone–the season of beach days, family road trips, and an inbox full of “out of office” emails from your coworkers. Just in case spending time indoors has you feeling a bit blue, we’ve got a piping hot batch of AWS Online Tech Talks for you to check out. Kick up your feet, grab a glass of ice cold lemonade, and dive into our latest Tech Talks on Compute and DevOps.

Noted below are the upcoming scheduled live, online technical sessions being held during the month of August. Make sure to register ahead of time so you won’t miss out on these free talks conducted by AWS subject matter experts.

– Sara (Hello everyone, I’m a co-op from Northeastern University joining the team until December.)