Why wear a boring bowler hat when you can add technology to make one of Disney’s most evil pieces of apparel?

Meet the Robinsons is one of Disney’s most underrated movies. Thank you for coming to my TED talk.

What’s not to love? Experimental, futuristic technology, a misunderstood villain, lessons of love and forgiveness aplenty, and a talking T-Rex!

For me, one of the stand-out characters of Meet the Robinsons is DOR-15, a best-of-intentions experiment gone horribly wrong. Designed as a helper hat, DOR-15 instead takes over the mind of whoever is wearing it, hellbent on world domination.

Built using a Raspberry Pi and the MATRIX Voice development board, the real-life DOR-15, from Team MATRIX Labs, may not be ready to take over the world, but it’s still really cool.

With a plethora of built-in audio sensors, the MATRIX Voice directs DOR-15 towards whoever is making sound, while a series of servos wiggle 3D‑printed legs for added creepy.

This project uses ODAS (Open embeddeD Audition System) and some custom code to move a servo motor in the direction of the most concentrated incoming sound in a 180 degree radius. This enables the hat to face a person calling to it.

The added wiggly spider legs come courtesy of this guide by the delightful Jorvon Moss, whom HackSpace readers will remember from issue 21. 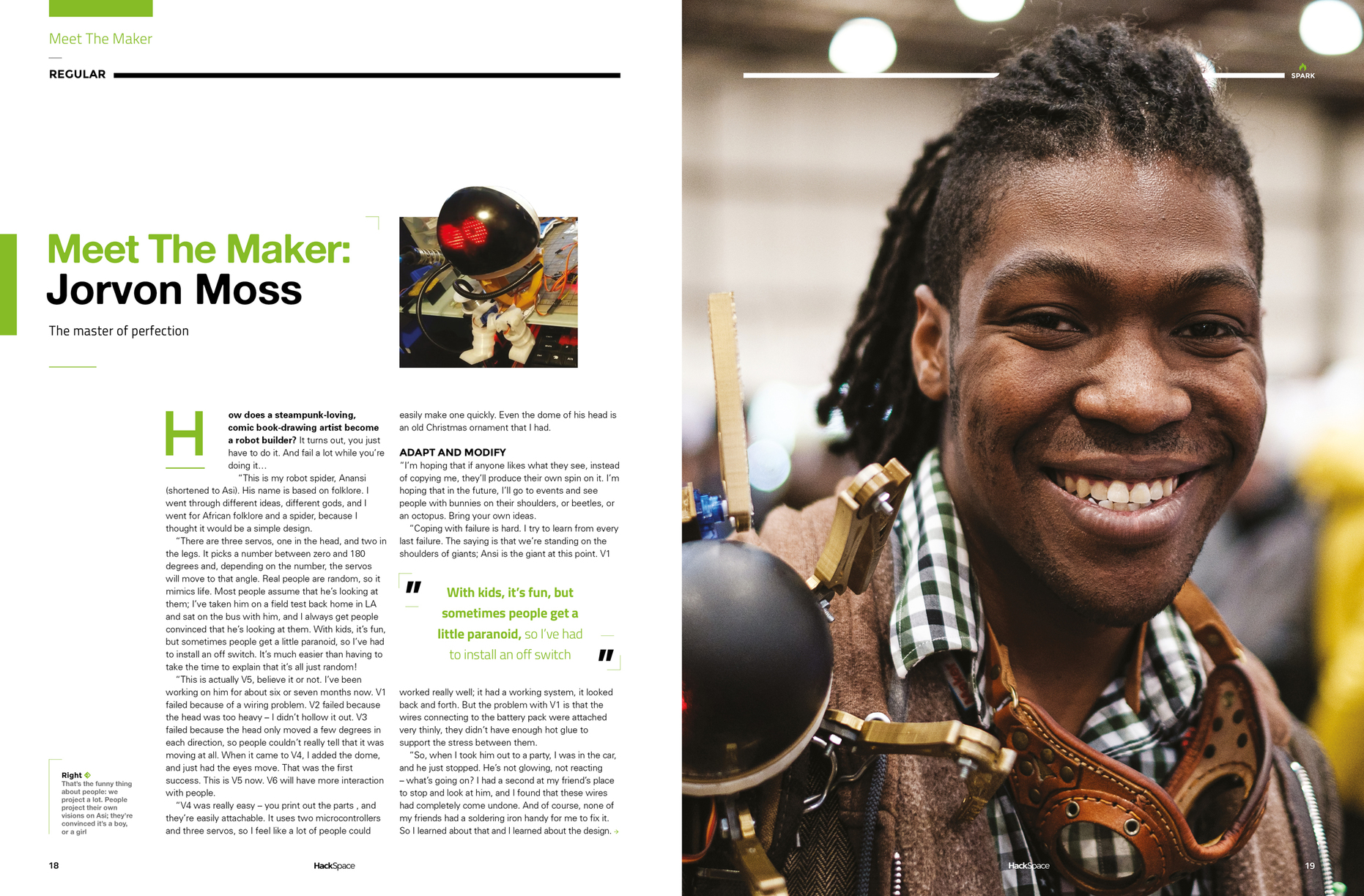 In their complete Hackster walkthrough, Team Matrix Lab talk you through how to build your own DOR-15, including all the files needed to 3D‑print the legs.

So, what fictional wonder would you bring to life? Your own working TARDIS? Winifred’s spellbook? Mary Poppins’ handbag? Let us know in the comments below.