While being holed up in the Vaults living off our stash of Nuke cola, we’ve come across this mammoth junk-build project, which uses Raspberry Pi Zero W to power a working Pipboy.

UK-based JustBuilding went full Robert House and, over several months, built the device’s body by welding together scrap plastic. Raspberry Pi Zero W serves as the brain, with a display header mounted to the GPIO pins. The maker wrote a Pipboy-style user interface, including demo screens, in Python — et voilà… 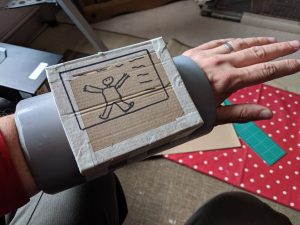 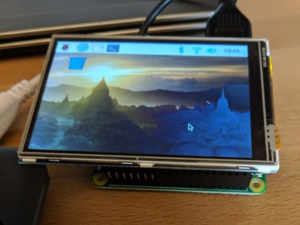 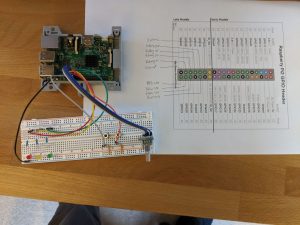 Lucky for him, semiconductors were already invented but, as JustBuilding admits, this is not what we’d call a beginner’s project. Think the Blue Peter show’s Tracey Island extravaganza, except you don’t have crafty co-presenters/builders, and you also need to make the thing do something useful (for our US readers who just got lost there, think Mr Rogers with glitter glue and outdoor adventure challenges). 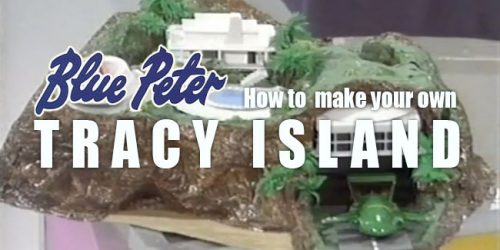 The original post on Instructables is especially dreamy, as JustBuilding has painstakingly produced a really detailed, step-by-step guide for you to follow, including in-the-making photos and links to relevant Raspberry Pi forum entries to help you out where you might get stuck along the way.

And while Raspberry Pi can help you create your own post-apocalyptic wristwear, we’re still working on making that Stealthboy personal cloaking device a reality…

If you’re lucky enough to have access to a 3D printer, the following is the kind of Pipboy you can knock up for yourself (though we really like JustBuilding’s arts’n’crafts upcycling style):

Find out how to 3D print and build your own functional Pipboy 3000 using a Raspberry Pi and Adafruit 3.5″ PiTFT. The pypboy python program for the Raspberry …

The post Stay busy in your Vault with a Raspberry Pi Zero Pipboy appeared first on Raspberry Pi.

It’s 11 years since Steam’s Orange Box came out, which is probably making you feel really elderly. Portal was the highlight of the game bundle for me — cue giant argument in the comments — and it still holds up brilliantly. It’s even in the Museum of Modern Art’s collection; there’s nothing that quite says you’re part of the establishment like being in a museum. Cough. 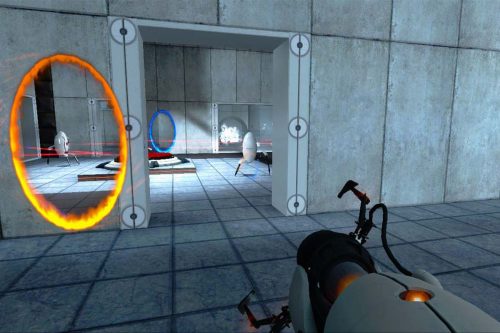 I bought an inflatable Portal turret to add to the decor in Raspberry Pi’s first office (I’m still not sure why; I just thought it was a good idea at the time, like the real-life Minecraft sword). Objects and sounds from the game have embedded themselves in pop culture; there’s a companion cube paperweight somewhere in my desk at home, and I bet you’ve encountered a cake that looks like this sometime in the last 11 years or so.

But turrets, cakes, and companion cubes pale into viral insignificance next to the game’s outstanding antagonist, GLaDOS, a psychopathic AI system who just happens to be my favourite video game bad guy of all time. So I was extremely excited to see Element14’s DJ Harrigan make an animatronic GLaDOS, powered, of course, by a Raspberry Pi.

The Portal franchise is one of the most engaging puzzle games of the last decade and beyond the mind-bending physics, is also known for its charming A.I. antagonist: G.L.a.D.O.S. Join DJ on his journey to build yet more robotic characters from pop culture as he “brings her to life” with a Raspberry Pi and sure dooms us all.

Want to make your own? You’ll find everything you need here. I’ve been trying awfully hard not to end this post on a total cliche, but I’m failing hard: this was a triumph.

The post Build your own animatronic GLaDOS appeared first on Raspberry Pi.

Channel your inner Targaryen by building this voice-activated, colour-changing, 3D-printed Drogon before watching the next episode of Game of Thrones.

This is a spoiler-free zone! I’ve already seen the new episode of season 8, but I won’t ruin anything, I promise.

Even if you’ve never watched an episode of Game of Thrones (if so, that’s fine, I don’t judge you), you’re probably aware that the final season has started.

And you might also know that the show has dragons in it — big, hulking, scaley dragons called Rhaegal, Viserion, and Drogon. They look a little something like this: 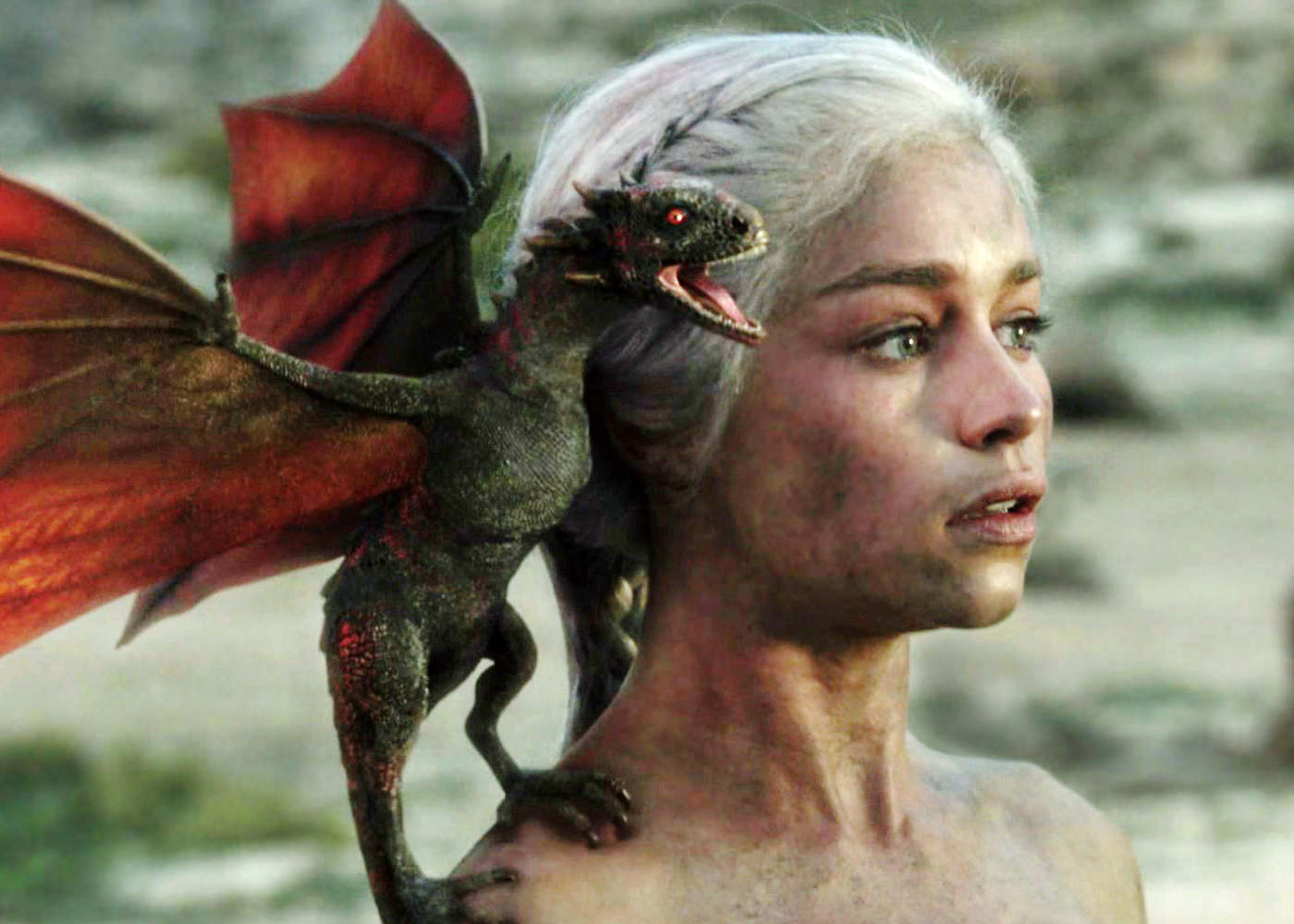 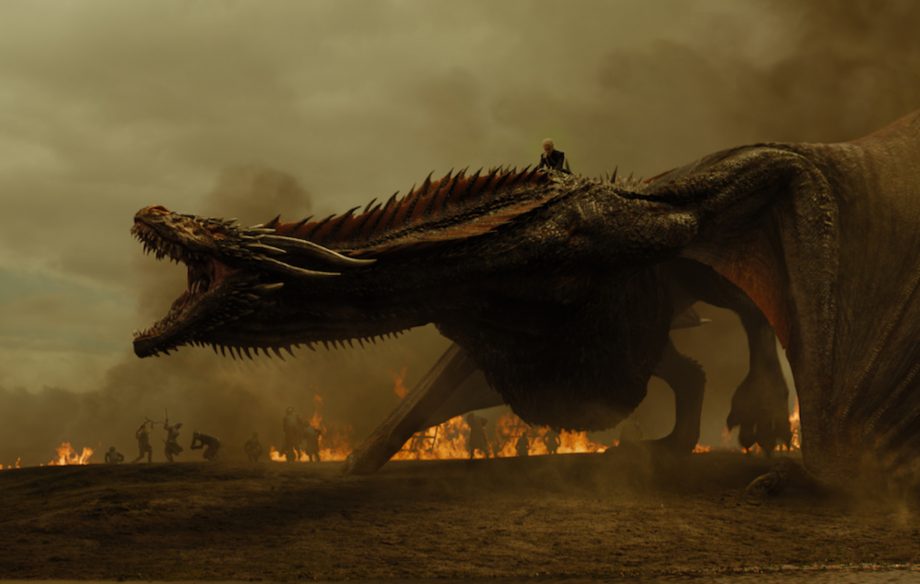 The creator of this project goes by the moniker Botmation. To begin with, they 3D printed modified a Drogon model they found on Thingiverse. Then, with Dremel in hand, they modified the print, to replace its eyes with RGB LEDs. Before drawing the LEDs through the hollowed-out body of the model, they soldered them to wires connected to a Raspberry Pi Zero W‘s GPIO pins.

Located in the tin beneath Drogon, the Pi Zero W is also equipped with a microphone and runs the Python code for the project. And thanks to Google’s Speech to Text API, Drogon’s eyes change colour whenever a GoT character repeats one of two keywords: white turns the eyes blue, while fire turns them red.

If you’d like more information about building your own interactive Drogon, here’s a handy video. At the end, Botmation asks viewers to help improve their code for a cleaner voice-activation experience.

3D printed Drogon with LED eyes for Game of Thrones

Going into the final season of Game of Thrones with your very own 3D printed Drogron dragon! The eyes are made of LEDs that changes between Red and Blue depending on what happens in the show. When you’re watching the show, Drogon will watch the show with you and listen for cues to change the eye color.

Drogon for the throne!

I’ve managed to bag two of the three dragons in the Pi Towers Game of Thrones fantasy league, so I reckon my chances of winning are pretty good thanks to all the points I’ll rack up by killing White Walker.

Wait — does killing a White Walker count as a kill, since they’re already dead?

The post Watch Game of Thrones with a Raspberry Pi-powered Drogon appeared first on Raspberry Pi.

Build a mini version of one of history’s most iconic personal computers with Lorenzo ‘Tin Cat’ Herrera and his Commodore PET Mini, which is based on the Commodore PET model 8032.

3D Print your own Commodore PET Mini retro computer with a Raspberry Pi and Retropie for retro gaming or retro emulation. Fully documented DIY project: https://commodorepetmini.com The Commodore PET is one of the most iconic-looking computer of the 70’s, it reminds us of an era of frenetic innovation, harsh competition and bold design choices that shaped the computer industry as we know it today.

Presented to the world in 1977, the Commodore PET represents a truly iconic piece of computer history: it was the first personal computer sold to the general public. With a built-in keyboard, screen, and cassette deck, and an introductory price of US$795 — roughly $3287 today — it offered everything a home computer user needed. And it beat the Apple II to market by a few months, despite Jobs and Wozniak offering to sell their Apple II technology to Commodore in September 1976. 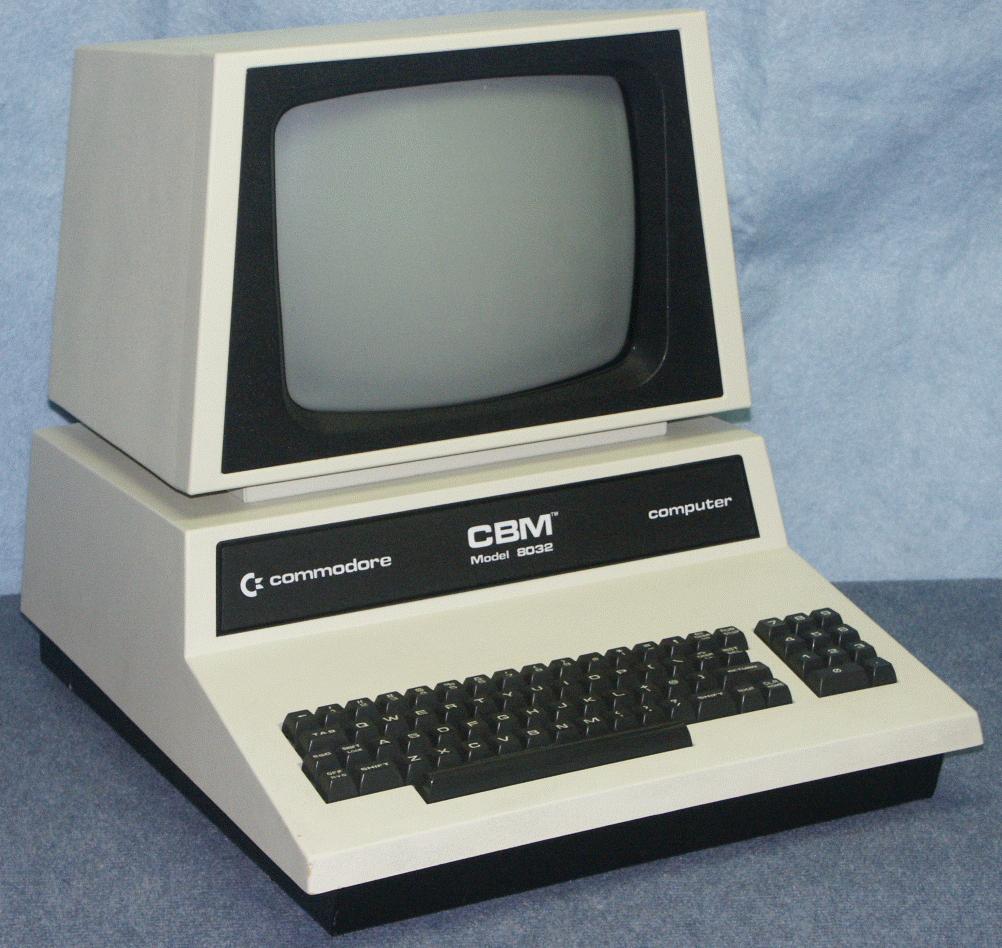 Commodore was also the first company to license Microsoft’s 6502 BASIC, and in the 1980s the Commodore became a staple in many school classrooms, bringing about a surge in the numbers of future computer engineers — a few of which now work in the Raspberry Pi Trading office.

The Commodore PET model was discontinued in 1982, then resurrected briefly in 1986, before finally stepping aside to make way for the popular Commodore 128, 1571, and 1581 models.

Based on the Commodore PET model 8032, Lorenzo Herrera’s 3D-printable remake allows users to fit an entire computer — the Raspberry Pi — inside a miniature iconic shell. Lorenzo designed this case to house a working screen, and once you connect the Pi to a Bluetooth keyboard, your Commodore PET Mini will be fully functional as well as stylish and cute as a button. 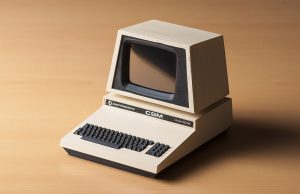 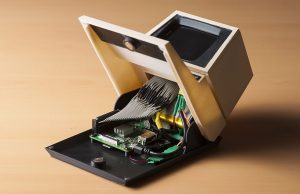 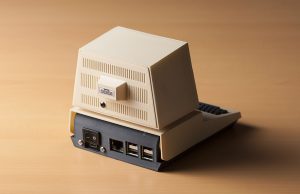 You’ll need access to a 3D printer to build your own — all parts are listed on the project’s website. You can also purchase them as a kit directly from Lorenzo if you want to save time on sourcing your own.

To build your own Commodore PET Mini, start by visiting its official website. And if you don’t own a 3D printer, search online for your nearest maker space or 3D printing service to get the parts made.

We’re definitely going to be building our own here at Raspberry Pi, and if you build one for yourself, or use a Raspberry Pi in any iconic computer rebuild, let us know.

The post Build your own Commodore PET model 8032 appeared first on Raspberry Pi.