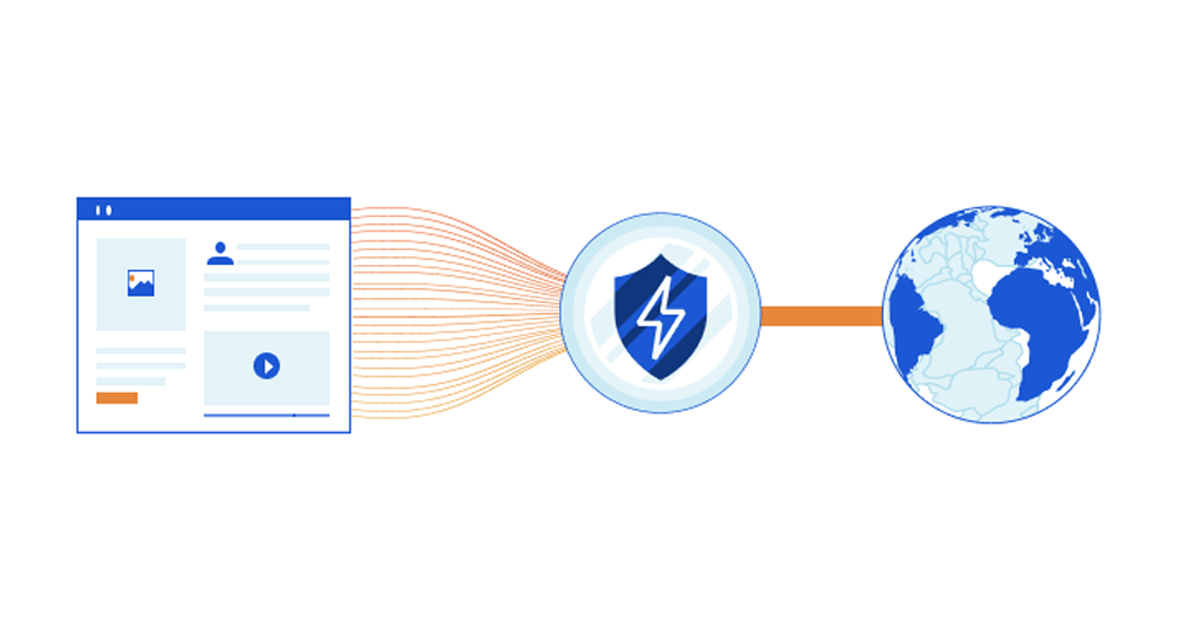 Web pages typically have a large number of embedded subresources (e.g., JavaScript, CSS, image files, ads, beacons) that are fetched by a browser on page loads. Requests for these subresources can prompt browsers to perform further DNS lookups, TCP connections, and TLS handshakes, which can have a significant impact on how long it takes for the user to see the content and interact with the page. Further, each additional request exposes metadata (such as plaintext DNS queries, or unencrypted SNI in TLS handshake) which can have potential privacy implications for the user. With these factors in mind, we carried out a measurement study to understand how we can leverage Connection Coalescing (aka Connection Reuse) to address such concerns, and study its feasibility.

The web has come a long way and initially consisted of very simple protocols. One of them was HTTP/1.0, which required browsers to make a separate connection for every subresource on the page. This design was quickly recognized as having significant performance bottlenecks and was extended with HTTP pipelining and persistent connections in HTTP/1.1 revision, which allowed HTTP requests to reuse the same TCP connection. But, yet again, this was no silver bullet: while multiple requests could share the same connection, they still had to be serialized one after the other, so a client and server could only execute a single request/response exchange at any given time for each connection. As time passed, websites became more complex in structure and dynamic in nature, and HTTP/1.1 was identified as a major bottleneck. The only way to gain concurrency at the network layer was to use multiple TCP connections to the same origin in parallel, but this meant losing most benefits of persistent connections and ended up overloading the origin servers which were unable to meet the concurrency demand.

To address these performance limitations, the SPDY protocol was introduced over a decade later. SPDY supported stream multiplexing, where requests to and responses from the server used a single interleaved TCP connection, and allowed browsers to prioritize requests for critical subresources first — that were blocking page rendering. A modified variant of SPDY was standardized by the IETF as HTTP/2 in 2012 and published as RFC 7540 in 2015.

HTTP/2 and onwards retained this new standard for connection reuse. More specifically, all subresources on the same domain were able to reuse the same TCP/TLS (or UDP/QUIC) connection without any head-of-line blocking (at least on the application layer). This resulted in a single connection for all the subresources — reducing extraneous requests on page loads — potentially speeding up some websites and applications.

Interestingly, the protocol has a lesser-known feature to also enable subresources at different hostnames to be fetched over the same connection. We studied the real-world feasibility and benefits of this technique as an effort to improve users’ experience for websites across our network.

The technique is often referred to as Connection Coalescing and, to put it simply, is a way to access resources from different hostnames that are accessible from the same web server.

There are several reasons for why a single server could handle requests for different hosts, ranging from low-cost virtual hosting to the usage of CDNs and cloud providers (including Cloudflare, that acts as a reverse proxy for approximately 25 million Internet properties). Before going into the technical conditions required to enable connection coalescing, we should take a look at some benefits such a strategy can provide.

However, along with all these potential benefits, connection coalescing also has some associated risk factors that need to be considered in practice. First, TCP incorporates “fair” congestion control mechanisms — if there are ten connections on the same route, each gets approximately 1/10th of the total bandwidth. So with a route congested and bandwidth restricted, a client relying on multiple connections might be better off (for example, if they have five of the ten connections, their total share of bandwidth would be half). Second, browsers will use different parallelization routines for scheduling requests on multiple connections versus the same connection — it is not immediately clear whether the former or latter would perform better. Third, multiple connections exhibit an inherent form of load balancing for TLS-termination processes. That’s because multiple requests on the same connection must be answered by the same TLS-termination process that holds the session keys (often on the same physical server). So, it is important to study connection coalescing carefully before rolling it out widely.

With this context in mind, we studied the feasibility of connection coalescing on real-world traffic. More specifically, the two questions we wanted to answer were
(a) can we empirically demonstrate and quantify the theoretical benefits of connection coalescing?, and (b) could coalescing cause unintended side effects, such as performance degradation, due to the risks highlighted above?

In order to answer these questions, we first made the observation that a large number of Cloudflare customers request subresources from cdnjs — which is also powered by Cloudflare. For context, cdnjs has public JavaScript and CSS libraries (like jQuery), and is used by more than 12% of all websites on the Internet. One popular way these websites include resources from cdnjs is by using <script src="https://cdnjs.cloudflare.com/..." ></script> HTML tags. But there are other ways as well, such as the usage of XMLHttpRequest or Fetch APIs. Regardless of the way these resources are included, browsers will need to fetch them for completely loading a website.

We then identified a list of approximately four thousand websites using Cloudflare (on the Free plan) that likely used cdnjs. We divided this list of sites into evenly-sized and randomly-picked control and experiment groups. Our plan was to enable coalescing only for the experiment group, so that subresource requests generated from their web pages for cdnjs could reuse existing connections. In this way, we were able to compare results obtained on the experiment group, with the ones for the control group, and attribute any differences observed to connection coalescing.

In order to signal browsers that the requests can be coalesced, we served cdnjs and the sites from the same IP address in a few regions around the world. This meant the same DNS responses for all the zones that were part of the study — eventually load balanced by our Anycast network. These sites also had TLS certificates that included cdnjs.

The above two conditions (same IP and compatible certificate) are required to achieve coalescing as per the HTTP/2 spec. However, the QUIC spec allows coalescing even if only the second condition is met. Major web browsers are yet to adopt the QUIC coalescing mechanism, and currently use only the HTTP/2 coalescing logic for both protocols.

In addition, we conducted active measurements using our private WebPageTest instances at the landing pages of experiment and control sites — using the two well-supported browsers: Google Chrome and Firefox. From our results, Chrome created about 78% fewer TLS connections to cdnjs for our experiment group sites, as compared to the control group. But surprisingly, Firefox created just roughly 22% fewer connections. As TLS handshakes are computationally expensive because they involve cryptographic signatures and key exchange algorithms, fewer handshakes meant less CPU cycles spent by both the client and the server.

Upon further analysis, we were able to make two observations from the data:

After evaluating the potential benefits of coalescing, we wanted to understand if coalescing caused any unintended side effects. Hence, the final measurement we conducted was to check whether our experiments were detrimental to a website’s performance. We tracked Page Load Times (PLT) and Largest Contentful Paint (LCP) across a variety of stimulated network conditions using both Chrome and Firefox and found the results for experiment vs control group to not be statistically significant.

We consider our experimentation successful in determining the feasibility of connection coalescing and highlighting its potential benefits in terms of privacy and performance. More specifically, we observed the privacy benefits of coalescing in more than 50% of requests to cdnjs from real-world traffic. In addition, our active testing demonstrated that browsers create fewer TLS connections with coalescing enabled. Interestingly, our results also revealed that the benefits might not always occur (i.e., CORS-enabled requests, Firefox creating additional TLS connections despite coalescing). Finally, we did not find any evidence that coalescing can cause harm to real-world users’ experience on the Internet.

Some future directions we would like to explore include:

Please send questions and feedback to [email protected]. We’re excited to continue this line of work in our effort to help build a better Internet! For those interested in joining our team please visit our Careers Page.