In this post, we explore this new feature and its benefits.

What are Small Multiples?

Small multiples (aka trellis, facet, lattice, grid, or panel charts) allows you to compare data across many values for a given dimension. It splits a base visual into multiple versions of itself, presented side by side, with its data partitioned across these versions by a dimension. It provides an easier way to get a holistic view of your business instead of looking at data in silos. For example, you can view how your business is doing in each state without needing to create over 50 different visuals. Instead, you can see one visual with multiple small charts inside of it, as shown in the following screenshot.

Trending
To infinity and beyond: enabling the future of GitHub’s REST API with API versioning

Common use cases for small multiples

The small multiples feature provides the following benefits to your use cases:

Create your own small multiples in QuickSight

Currently, you can create small multiples on vertical bar, clustered bar, line, dual axis line, and pie charts. To get started, create one of the supported visuals and drag the field by which you want to partition the data to the Small multiples field well. This creates multiples of the chart split by the dimension assigned in a grid fashion.

For charts supporting axes like line and bar, the X-axis is made common across charts. This provides a cleaner look to easily spot trends and identify the pain points or contributing factors. The axis display settings and axis titles are controlled by the individual chart settings. The following screenshot shows an example. 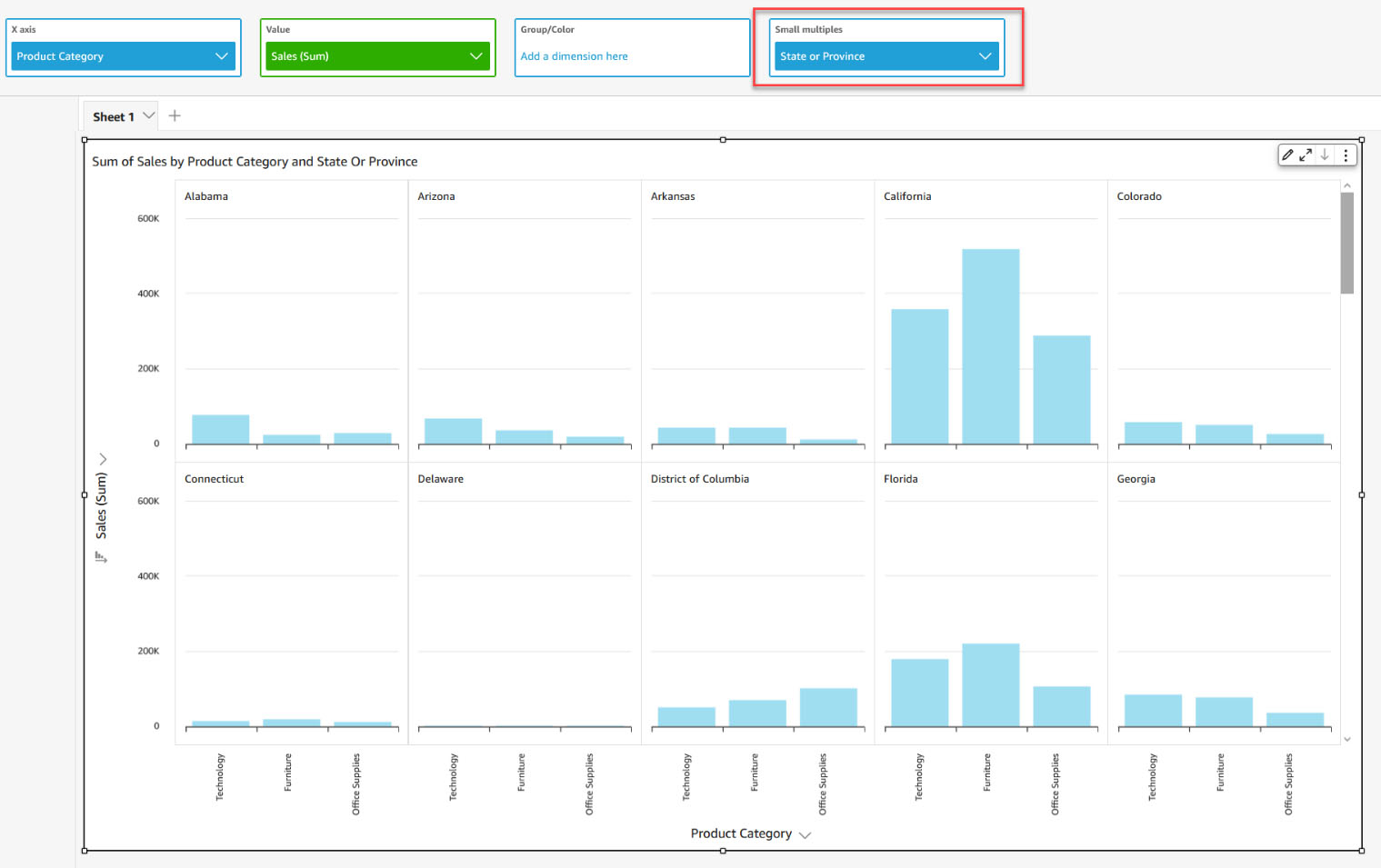 You can customize the style of small multiples in the following ways:

Interacting with the data

We’re excited about our launch, and we have lots more planned for small multiples. In upcoming releases, we will tackle the current limitations:

In this post, we looked at the small multiples features, and learned about its various use cases and how to configure them in QuickSight. You can analyze data by multiple dimension attributes in an easy-to-understand and easy-to-maintain way. With small multiples, readers can quickly see which categories are most important, and spot trends and insights. Start using small multiples to enrich your dashboards’ current visualization and unlock new business use cases today!