Seven months ago, I joined Cloudflare to work on the Public Policy Team focusing on our democracy projects such as Project Galileo, Athenian Project and Cloudflare for Campaigns. Since I joined the team, I have learned a lot about how important cybersecurity protections are for organizations that are the target of sophisticated cyberattacks, while also learning about the complex election security environment in the United States and abroad.

It seems fitting that on International Women’s Day, a day people throughout the world are celebrating the achievements of women, we also celebrate the Centennial Anniversary of the Women’s Suffrage Movement which was the tipping point that gave many women voting rights in the United States.

Since I have been working on Cloudflare’s election security projects, this day means something extra special to me and many of my colleagues who believe that voting is the cornerstone of democracy and that having access to information regarding voting and elections is essential.

Here are five reflections that I want to share on International Women’s Day and the Centennial Anniversary of the Nineteenth Amendment which granted women the right to vote in the United States:

1. The Women’s Suffrage Movement in the United States was a decades-long battle

The Women’s Suffrage movement burst into view in the United States in 1848 at the Seneca Falls Convention, where participants introduced the notion that women deserved their own political identity and that a righteous government cannot exist without equal rights for all. These organizers passed the torch to the Congressional Union for Woman Suffrage, founded in 1913, which raised awareness through distributing pamphlets at street meetings, organizing parades, speaking tours, and petitioning Congress to pass legislation on the movement. In 1919, the Senate passed the Nineteenth Amendment and it was officially ratified on August 26, 1920.

2. Due to racial inequality, many women of color in the United States were not granted the right to vote until 1965

With the ratification of the Nineteenth Amendment in 1920, it technically granted women the right to vote. However, due to widespread inequality within the ranks of the women’s suffrage movement who primarily focused on white middle-class interests, many African Americans, Asian Americans, Hispanics, and American Indian women did not receive the right to vote until later in the century. African American women were not guaranteed the right to vote until the Voting Right Acts of 1965. During the height of the civil rights movement, The Act was signed into law by President Lyndon Johnson to prohibit racial discrimination in voting.

3. There has been a historical, global increase of women in political power

Much has changed since the ratification of the Nineteenth Amendment. The Center for American Women and Politics in the United States reports that in every presidential election since 1964, the number of female voters has exceeded the number of male voters.

There has also been a historical increase of women in elected offices around the world. This is evident with the highest number of women ever elected to the U.S. Congress in 2018, Slovakia electing the first female president, the United Kingdom electing 220 female MPs to the House of Commons, women making up 49% of Senate of the Republic of Mexico and female Prime Ministers in Denmark, Norway, and Finland. Foundationally, the right to vote is a nonpartisan issue that benefits the interest of the country, strengthens our democracy, and with more women in office, it promotes diversity of thought and experience.

4. The spread of voting and election information has changed

The way we share information has evolved dramatically from distributing pamphlets in 1913 to millions of people sharing information on the Internet across the world in 2020. State and local governments now use their election websites as the primary source to provide up to date announcements and information on how to register to vote, find designated polling stations, and access election results. Political campaigns use their digital infrastructure to release information about their policies, accept donations, recruit volunteers and give updates on the campaign to increase supporters’ engagement.

5. Access to election information is essential to voter turnout and democracy.

Voting is a crucial tenet of our democratic system and regardless of circumstance, individuals should have access to the information necessary to exercise their rights without outside interference. At Cloudflare, our mission is to build a better Internet and part of that is ensuring that users have access to accurate, trusted information, in a safe environment. With many upcoming elections in 2020, it is important that we have confidence in the democratic processes and that starts with ensuring their website infrastructure and internal teams are secure against malicious efforts to take them offline and shake voter’s faith in democracy.

Therefore, it seems fitting that we celebrate the Centennial anniversary of the Nineteenth Amendment and International Women’s Day, highlighting the achievement of women throughout history and the importance of voter confidence in the democratic institutions that many fought to participate and have their voices heard.

Working at Cloudflare has allowed me to learn how important access to information is to Internet users, and voters across the world, and I am proud to work for a company that supports strengthening democracy. 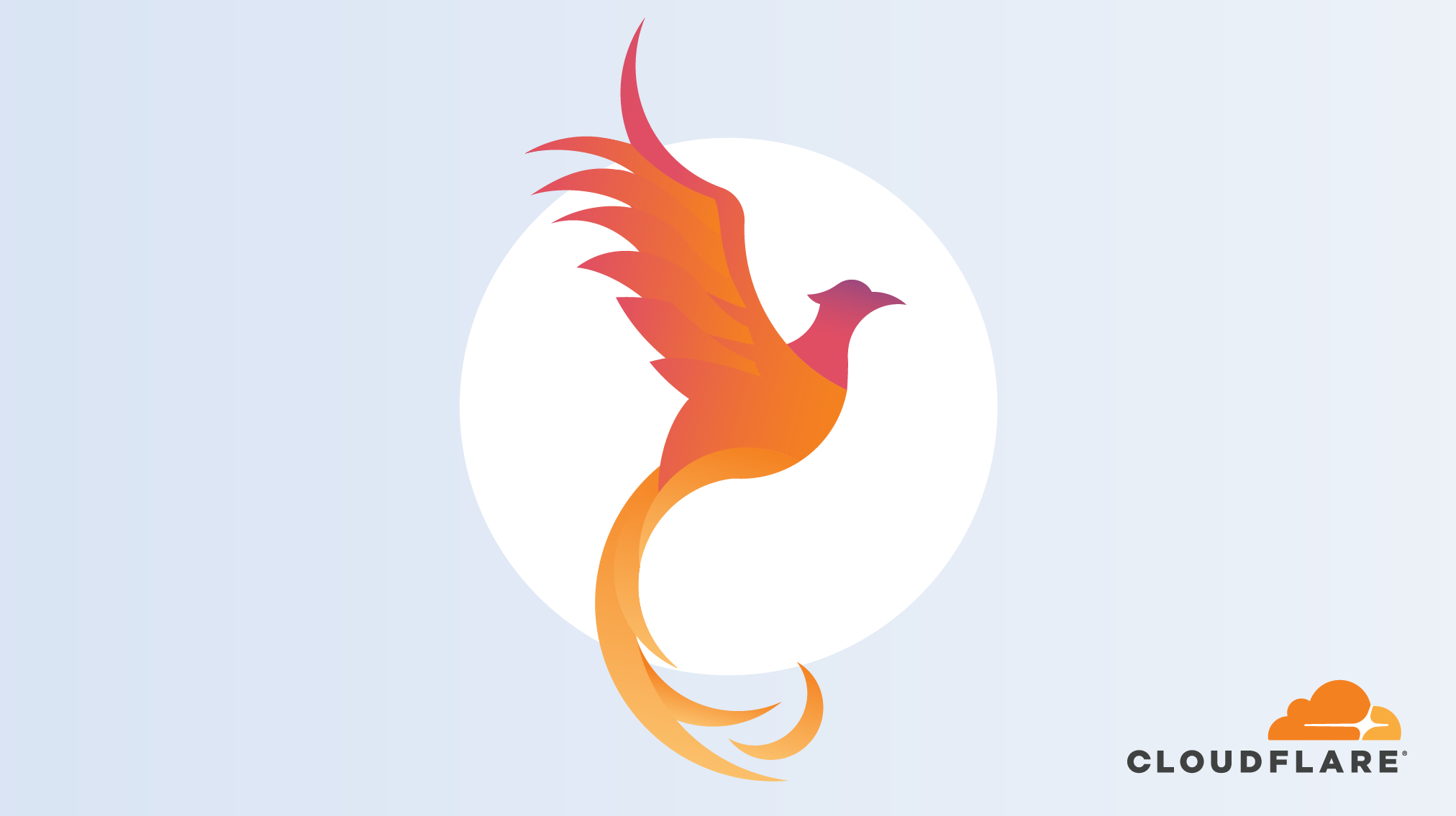 When we started at Cloudflare in the summer of 2018, we joined a small security team intent on helping it grow quickly. Cloudflare was already a successful “unicorn” startup and its profile was changing fast, providing cyber security protection for millions of Internet-facing properties and moving towards becoming a public company. We were excited to help build the team that would ensure the security of Cloudflare’s systems and the sensitive customer data that flows through them.

Competing for security talent in the tech industry – where every company is investing heavily on security – isn’t easy. But, in 18 months, we have grown our team 400% from under 10 people to almost 50 (and still hiring). We are proud that 40% of our team are women and 25% are from an under-represented minority. We believe from experience, and the research shows, that more diverse teams drive better business results and can be a better place to work.

In honor of International Women’s Day this Sunday, we wanted to share some of our lessons learned on how to build a diverse team and inclusive culture on a modern security team.

The work doesn’t stop with getting a great set of people with complementary skills to come work at Cloudflare. To us, diversity is a means to the end of developing a highly productive team, not an end in itself. And, it turns out that hiring a diverse team is not a moment to celebrate success, it is a moment where leadership responsibility increases. A diverse team – made up of people from various backgrounds who don’t automatically feel at ease with one another – is not a guarantee of success. To cultivate a truly productive team requires a culture of openness to differences and a willingness for people to share their unique perspectives with people who are different.

We obsess over making sure all these great people who decided to join will also decide to stay for the long-term. We identified a number of ways we could build a community that welcomes people from different backgrounds and celebrates open debate.

One of our favorite meetings was an informal risk review session we had with our engineers during which we white-boarded what we all thought were our biggest risk areas. It was great in the moment because it was such a collaborative session where everyone felt comfortable speaking up about their fears. No two people saw things the same way, but all were open to hearing other perspectives and many of us in the moment changed how we thought about priorities. And what made it an all-time experience was how even though we may have left the meeting a bit discouraged about all we needed to do, within a week every team member had stepped forward and volunteered to work on one of the hardest challenges. Looking back a bit over a year later, we have made strong progress in reducing all the risks identified in that meeting, and we did it together as a team.

Security is hard work, and the work is never done. But bringing together a diverse team with a positive culture has helped our team get a lot of hard and stressful work done well. There is a lot more we can do to keep things moving in the right direction for our team members and company and we welcome additional suggestions for improvements in our approaches.